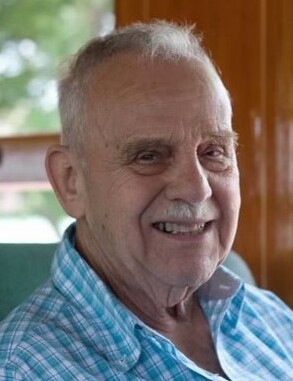 Robert (Bob) Bowen, age 89, a loving husband, father, grandfather, and great-grandfather, passed away peacefully in the home he himself built, surrounded by family, on Saturday December 4, 2021.

Born October 17, 1932, Robert grew up in Magnolia, New Jersey. Bob’s lifelong enthusiasm of baseball began with his playing days as a youth as an outstanding left handed pitcher at Haddon Heights High.  He continued to play while serving in the United States Navy.  Afterwards, he played in the semi-pro leagues in South Jersey and even tried out for the Pittsburgh Pirates.

In 1953, Bob met his wife Yolanda at a local dance hall, and it was ‘love at first dance.’ Two years later, on October 15, 1955, Bob and Yolanda got married in Paulsboro and started their family.  This past October the couple celebrated their lifelong union and 66th wedding anniversary.

Bob’s family was the core of his existence and he worked exceptionally hard to provide for them. Bob first began working for Texaco/Coastal Refinery in the early 1960s, but his love for working with his hands inspired him to, simultaneously, work as a general contractor from 1965. Bob worked two jobs until he reached retirement after 42 years with Texaco and then continued his work as a general contractor until the end of 2019.

Relatives and friends are invited to attend Bob's viewing on Thursday, December 9, 2021, 9:45 - 10:45 AM at Infant Jesus Parish at St. Margaret's RC Church, Third and Beech Streets Woodbury Heights, NJ  08097 where the Mass of Christian Burial will follow at 11:00 AM.  Interment and Military Honors at Gloucester County Veterans Memorial Cemetery, Williamstown, NJ.

To send flowers to the family or plant a tree in memory of Robert Bowen, Sr., please visit Tribute Store
Thursday
9
December