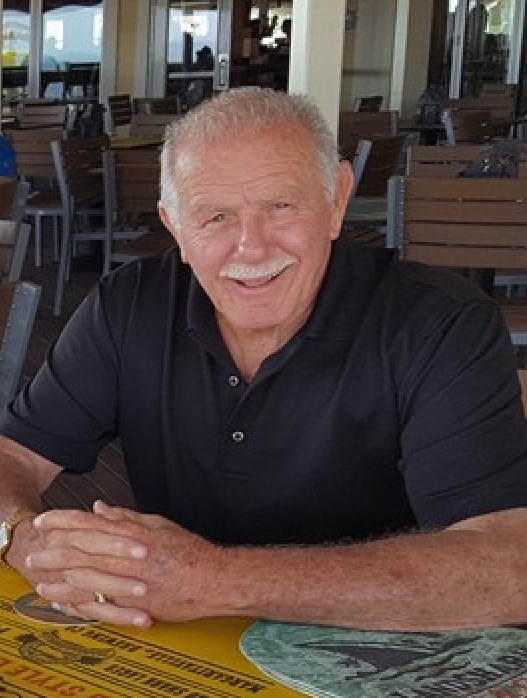 Richard “Dick” Lunt, age 77, of Deptford, NJ passed away peacefully at home surrounded by his wife and children, on Wednesday, February 17, 2021 after a long battle with cancer. Dick was born in Upper Darby, PA on February 16, 1944 and lived in Southwest Philadelphia until the age of 12. At that time the family moved to Haddon Twp., NJ.

He met his wife, Gail at 20 years old during a mutual friend’s wedding. In true fashion, during the wedding he leaned over to her while the song “Love is a Many Splendored Thing” played, and whispered to her “This is our song.” They married on February 5, 1966 and moved to Collingswood, NJ where they raised their two children.  Dick worked in the photographic industry for most of his life and owned L&H Photo Supply in Collingswood. In his years after, he continued with his photographic career doing national and international sales. In his second career, he owned a carpet and flooring company, Just Carpets. He enjoyed boating with his family, fishing, golfing, smoking cigars, telling endless stories over and over, and being outside! He loved and lived life to the fullest and was quick to make friends with everyone he met.

Dick is survived by his wife, Gail of 55 years, his daughter, Deena, his son, Richard II (Debbie), his treasured grandchildren, Carl (CJ), Ashlee, Tyler and Natalie, his sister, Maureen Boldurian, his bother-in-law, Jack, his brother David, and his sister-in-law, Mariann. He was predeceased by his parents, Robert and Margaret, and his two brothers, Robert and Jim.

Family and friends are invited to attend his visitation from 10:00AM to 12:00PM on Friday, February 26, 2021 at the McGuiness Funeral Home in Washington Twp., 573 Egg Harbor Road, Sewell, NJ 08080.  Words of Remembrance will begin at 12:00PM.  Interment will be private by the request of the family. In lieu of flowers, donations may also be made in his memory to St. Jude’s Children’s Hospital @ St.Jude.org.

To send flowers to the family or plant a tree in memory of Richard Lunt, please visit Tribute Store
Print
Friday
26
February