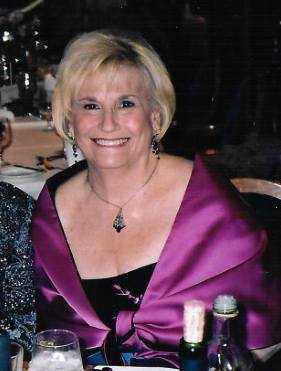 On December 30, 2020, Diana went home on the wings of angels to be with her husband Andy (1999), daughter Denise (1996) and many relatives and friends.  Diana is survived by her son Andy, daughter-in-law Christine, her daughter Lisa, her daughter Valorie and son-in-law Fred along with her grandchildren, Andy, Jeff, Rachel, Kristyn (Steve), Michael (Emily), Lianna (Chris), Bella and Lexi and great-grandchildren Luca, Cora, Skyler, and Henry.  She is also survived by her sister Marie, her brother-in-law Sal, sister-in-law Lori, and many cousins, nieces, nephews, and friends.

Diana lived a full life filled with family, friends, travel, clubs, and a beautiful faith. She was a member of St. Rose of Lima in Haddon Heights while raising her family and then St. Patrick’s (Holy Angels) in Woodbury during her latter years.  She attended many retreats, anointing of the water, and other religious and spiritual events.  Her faith in God and Jesus was her guide, and she had a special affinity for Mother Mary.

Diana lived her mantra:  In order to have friends, you have to be a friend first.  She was blessed with wonderful friends from Philadelphia, where she was born and raised, to Camden where she lived after she married Andy and also worked for many years, to Haddon Heights where she raised her family, and finally to Heritage in Deptford where she spent her remaining years.  The amazing friends she made along her journey supported her, cared for her, laughed with her, and loved her throughout her life and especially throughout her battle with pancreatic cancer over the last two and a half years.  They were her angels. She was grateful and blessed to have them.

Diana had her own court-reporting business when her children were young eventually going out to work full-time at several law firms before working for the State of New Jersey Judiciary as Administrative Secretary for the Honorable Joseph M. Nardi and then the Honorable M. Allen Vogelson.  Upon her retirement, she was appointed by the Judiciary and served on the Child Placement Review Board.

Diana was a member of the Haddon Heights PTA and Title 1 while raising her children, then the Lisa Scottoline Book Club and several other book clubs, Marge’s View and several other clubs at Heritage including the Women’s Club.  She also served as Santa’s helper at many Breakfast with Santa events and assisted with her grand-daughters girl scout troop and became everyone’s grandmom.  Diana loved to travel and visited many countries with her last trip being to Italy with her children where she got to visit the town where her parents were raised which brought her so much joy.

Diana loved the shore especially her houses in Gandy’s Beach, Wildwood, and Dennisville where she made wonderful memories with her husband, children, and grandchildren.  Her most favorite holiday was Christmas. She made it the most magical season for everyone from her decorations to her famous pizzelles and stuffed olives.  She began a tradition of Christmas “goofy gifts” with her children and grandchildren that will live on in their memories forever.

Diana will be greatly missed by all who knew and loved her.  She will always be their shining light. Diana would want everyone to follow her three rules for her grandchildren: Be kind, be kind, be kind.

Friends and family are invited to attended her visitation on Sunday, January 10th from 4:00PM to 6:00PM in the McGuinness Funeral Home-(Woodbury Location) 34 Hunter Street, Woodbury, NJ 08096.  The funeral mass and burial will be private by the request of the family.  In lieu of flowers, Diana requested that contributions be made to the Denise Paglia-Gervasio Scholarship Award.  Contributions should reference the award and can be forwarded to: Barbara Kuhlen- Haddon Heights High School, 301 Second Avenue Haddon Heights, NJ 08035.

To send flowers to the family or plant a tree in memory of Diana Paglia, please visit Tribute Store
Sunday
10
January

Share Your Memory of
Diana
Upload Your Memory View All Memories
Be the first to upload a memory!
Share A Memory
Send Flowers