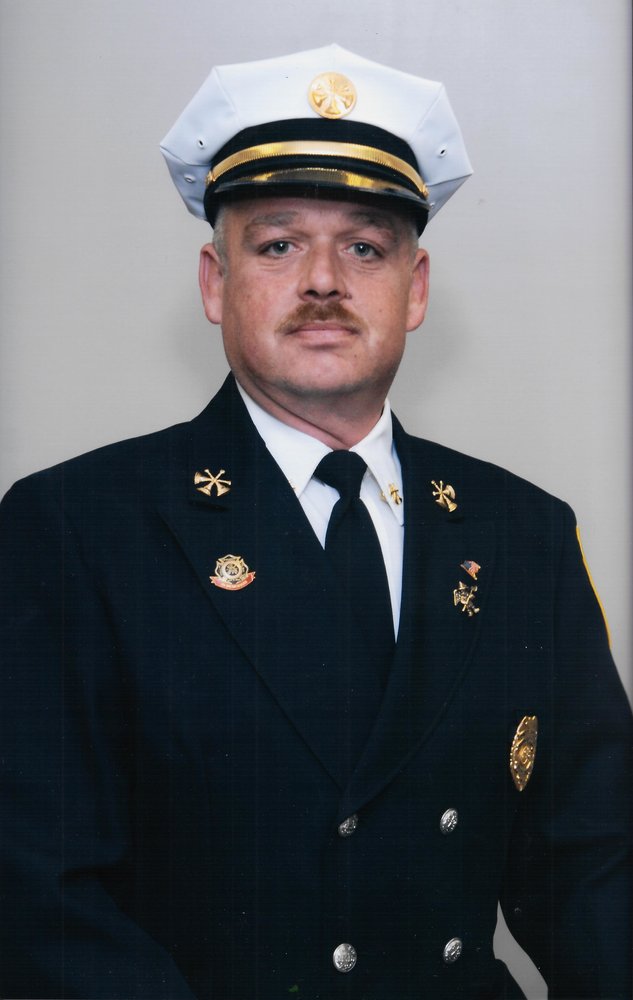 Randell Paul, of Gloucester, NJ, passed away on October 9, 2020 He was aged 52 years Legacy Known by his closest family and friends as "Bennie"; he was a graduate of Gloucester City High School Class of 1986. Bennie was a volunteer member of Gloucester Heights Fire Department and rose to the rank of Battalion Chief before retiring. On the tragic night of July 4, 2002, Bennie bravely saved a number of brother fire fighters who were trapped in a dwelling fire that took the lives of three firemen and three children; which he was later presented with a Medal of Valor for his brave act. Bennie worked as a Golf Cart Mechanic for Golf Cart Specialties for many years. Away from work, Bennie will be remembered as the "life of the party" and a loyal friend. He played darts three to four nights a week and was a member of Gloucester City Old English Dart League & Summer Mummers Dart League to name a few. Bennie was also a huge Philadelphia Sports fan; faithfully cheering the Eagles & Phillies through the good and bad years. He will be sadly missed by all who knew and loved this special guy. Family Beloved son of Edward F. Paul Jr. and the late Diana (nee Hampton) Loving brother of Edward F. Paul III (Suzanne) & Shawn H. Paul (Anjanette); cherished uncle of Justin, Zackary, Jon, Brett & Alex & Grand uncle to Mason.Bennie also leaves to mourn his passing; James & Margaret McQuaid who held a very special place in Bennie's heart. Farewell Tribute Relatives and friends are invited to attend Bennie's viewing on Saturday, October 17, 2020 after 12 Noon in the McGuinness Funeral Home, 34 Hunter Street, Woodbury; where his Funeral Ceremony will follow at 2PM. Interment will be held privately. In lieu of flowers memorial contributions in Bennie's memory may be made to the Camden County Hero Scholarship Fund, 175 White Horse Pike, #C, Berlin, NJ 08009. ShareLife® . Love. Honor. Remember.

To send flowers to the family or plant a tree in memory of Randell Paul, please visit Tribute Store
Saturday
17
October

Share Your Memory of
Randell
Upload Your Memory View All Memories
Be the first to upload a memory!
Share A Memory
Send Flowers