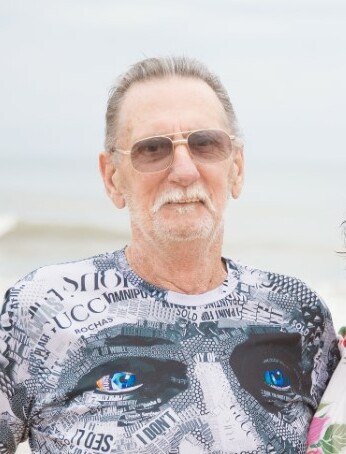 David was a carpenter for many years. Away from work David was an avid football fan and loved to watch the Phillies; he also enjoyed playing pool. David was a United States Army Veteran and proudly served his country during the Vietnam War. He was a security guard for several years at Bally’s Casino in Atlantic City. Enjoyed antique cars, collecting rare coins, and Hess trucks. He loved playing games and eating twinkies.

He is the beloved husband of 43 years to Linda Beatty (nee Umstetter). Devoted father of David, Jr.(Victoria) and Diana Beatty. He is the adored grandfather of David and Brock Beatty. Brother of Pat (Ron), Ken (Terry), Chris(Dave), Bryan, Steve. He also leaves behind his furry companions, Leah, Star, and Butters.

Relatives and friends are invited to attend his visitation on Thursday, August 18th from 9:00AM to 11:00AM in the McGuinness Funeral Home-Washington Twp. Location, 573 Egg Harbor Road, Sewell, NJ 08090. Funeral Service at 11:00AM. Inurnment at Gloucester County Veterans Memorial Cemetery, Williamstown, NJ.  In lieu of flowers, memorial contributions may be made in David's memory to the Williamstown VFW  POST 1616, 1940 North Black Horse Pike, Williamstown, NJ 08094.

To send flowers to the family or plant a tree in memory of David Beatty, Sr., please visit Tribute Store
Thursday
18
August