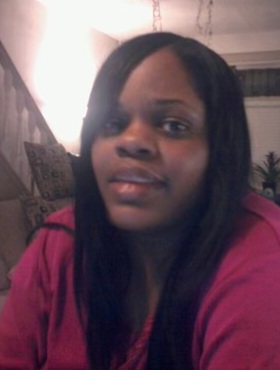 Ronel Cherlyn Montgomery was born March 4, 1975, to Lafayette and Thelma Kearney. Ronel was the younger sister to siblings Bryant (deceased), Anita, John, Willene, and Linda. She grew up in West Philadelphia and was educated in Philadelphia public schools where she attended Joseph Leidy Elementary School, Dimner Beeber Middle School, and Franklin Learning Center High School . As a young child, Ronel loved to play jacks and jump Double Dutch with her friends. She was so good that she later became a Double Dutch champion. During high school, Ronel developed her beautiful singing voice in various school plays before graduating in 1993. As a teen, while dancing with the Conestoga Drill Team, Ronel met Quay Montgomery who was a drummer on an opposing team. Quay was immediately smitten with Ronel, and after years of dating, they welcomed their first daughter, Schae Xyaire, in 1996. Quay and Ronel married in 1997 and welcomed their second daughter, Talyah Nechelle, in 2008.

After high school, Ronel attended cosmetology school at Jean Madeline Aveda Institute and trained as a pastry chef at the Art Institute of Philadelphia. It was through this training that Ronel mastered the art of chocolate making and designing wedding cakes. Ronel was so good at baking, that she was selected to design the wedding cake for local news anchor, Lisa Thomas-Laury.

Among her many talents, Ronel was an amazing event planner. She blessed her loved ones with many parties over the years - she took special pride in making sure everything was done to perfection and that everyone had a good time.

Despite going through worsening health challenges, she never lost her spirit for serving others. Over the past three years, Ronel made it her personal mission to provide holiday turkeys - and all the fixings - to several families in her hometown of West Philadelphia.

To send flowers to the family or plant a tree in memory of Ronel Montgomery, please visit Tribute Store

Share Your Memory of
Ronel
Upload Your Memory View All Memories
Be the first to upload a memory!
Share A Memory
Send Flowers