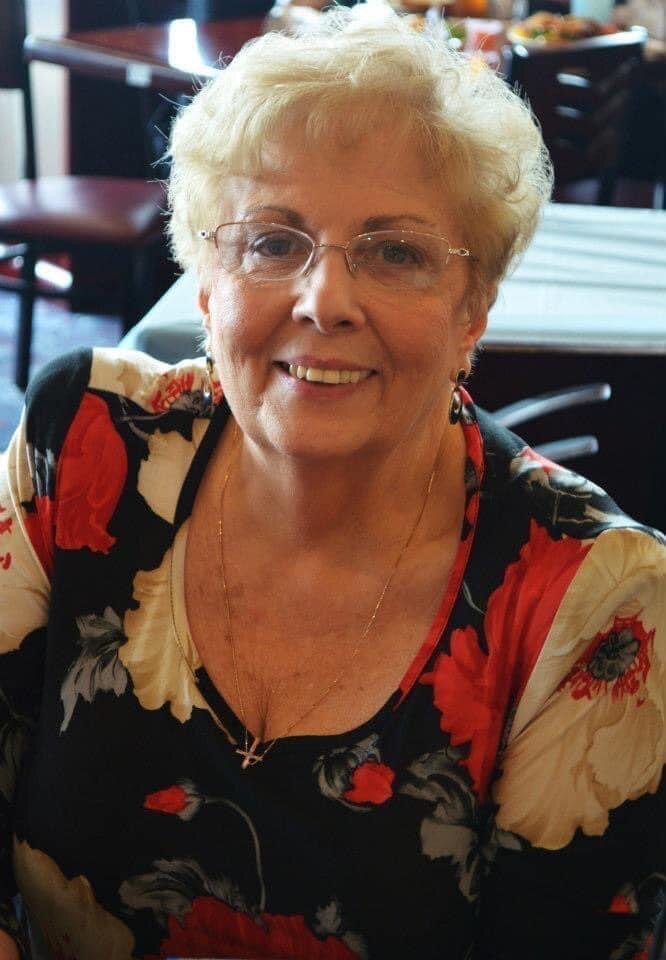 Obituary of Mary A. Matthews

Mary A. Matthews (nee Keating), 82, of Turnersville, New Jersey, passed away on Thursday, July 14, 2022 surrounded by her loving family.

Born in St. Albans, New York, Mary was a resident of Turnersville for 51 years.  Mary was a nurse at Our Lady of Lourdes Hospital in Camden for 20 years.  Mary was devoted to her faith and was very active in her parish at Church of the Holy Family where she served as a Eucharistic Minister and with the Stephen Ministry.

Mary was a kind and beautiful woman…inside and out.  She cherished her family, especially her grandchildren and great grandchildren.  Her supportive and non judgemental nature was a welcome attribute and one that was sought by her family and friends.  They all knew that she would be there to listen and would honestly tell you her thoughts and “the way it was.”  Nothing was more important than time spent with family and their yearly vacation to Chincoteague, Virginia were filled with many blessed memories.

Some of her favorite activities were crocheting, reading and checking in on her family and friends.  They will surely miss her cooking, especially her lasagna, shrimp scampi and corn beef and cabbage.  Mary’s lentil soup was a tradition and everyone knew to have some for a bit of good luck throughout the year.

Their Love Story in the words of Charles…

My parents had just moved to New Jersey while I was at WVU. In March I left school to join the Army, and while awaiting my induction date I was exploring the new terrain, I discovered that the local high school was having a sock hop. I was as able to get a date with cute young lady I had met at the drug store. I had never been to her house before, so when I started out in a blinding snow storm I got lost several times. Finally, in desperation, I decided to go to dance stag. However, when I got there I was not permitted inside because I was not a student at that school. I found out, however, that I could get someone to sign me in. As I stood behind the Dutch door, watching the festivities, suddenly I saw a beautiful young woman walking across the floor. I frantically waved her over. To my surprise and everlasting joy she complied. I applied my smoothest talking to get signed in. Again I was surprised, and soon I was in a young man’s heaven, as there were many attractive young women standing about or dancing with one another. However, I kept in my sights the pretty young lady who had signed me in. We danced several times, including the last dance. Of course I asked to take her home. At first she refused because her father was coming to pick her up. I was persistent,  and she finally said she’d call him. We went to the old style phone booth in the school hallway. Unbeknownst to me, she had one hand holding down the hook on the phone while dialing with the hand I could see. She said her mother said he was already on the way. She would later joke that this was the only time she ever lied to me. I was on the phone to her the next day for a date to the movies. She accepted, with the parental stipulation that we stay in town. In the small town of Flemington there was only one theater and it was playing Snow White. When I picked her up I was advised that her 15 year old brother just happened to be going to the same movie with some friends. Could we give him a lift? Brother Al didn’t relish the role and quickly disappeared once we arrived at the movie. I’ve often thought that seeing Mary gliding across the floor was like seeing a beautiful shooting star streaking across the sky. The difference is that for once in a lifetime I I was able to reach for it and draw it into my orbit.

Relatives and friends are invited to attend Mary’s visitation on Thursday, July 28, 2022, 8:15 – 10:00 AM at the McGuinness Funeral Home, 573 Egg Harbor Road, Sewell, NJ 08080. Memorial Mass will follow at 11:00 AM at Church of the Holy Family, 226 Hurffville Road, Sewell, NJ.  Her final resting place will be Gloucester County Veterans Memorial Cemetery, Williamstown, NJ.

For those who are unable to attend Mary's Memorial Mass, you can join the the family virtually via this link; click  HERE

In lieu of flowers memorial contributions may be made to Goodwill Industries of Southern NJ & Philadelphia, 2835 Route 73, Maple Shade, NJ  08052 or at www.goodwillnj.org

To send flowers to the family or plant a tree in memory of Mary Matthews, please visit Tribute Store
Thursday
28
July