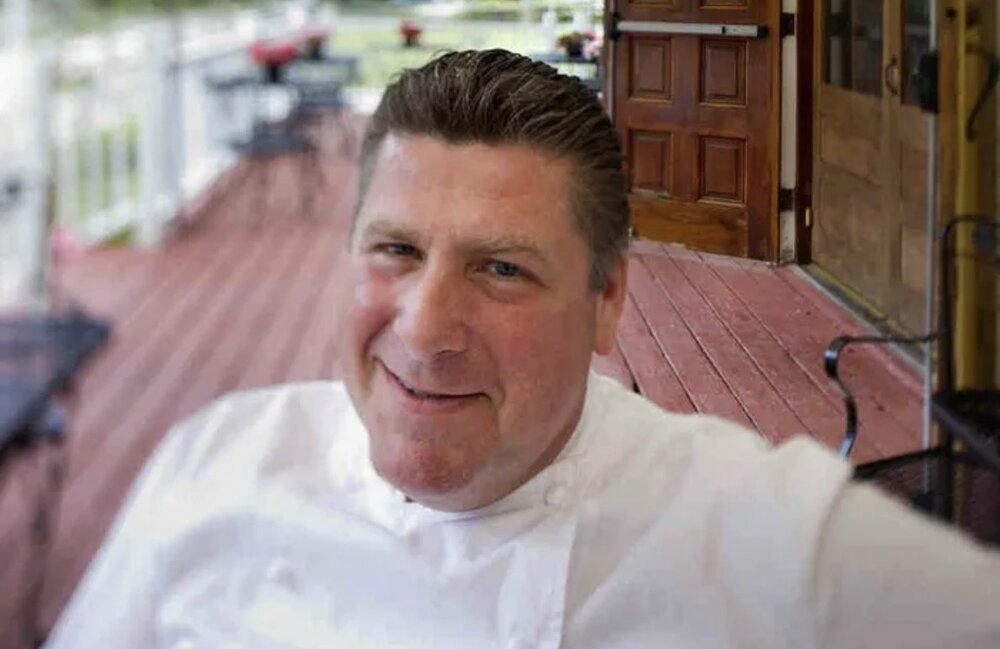 Tony Clark, 60, a chef’s chef whose gumption helped him land a job at the Four Seasons Hotel in its glory days and who went on to help mentor a generation of restaurant professionals, died Thursday, June 30, at Thomas Jefferson University Hospital from complications of a stroke he had suffered about two months ago.

Mr. Clark was the eponymous chef-partner of a glitzy Center City Philadelphia restaurant in 1997 and was executive chef at four restaurants at the old Sheraton Rittenhouse Square, now the site of Parc. From there, he was a private chef for a Main Line family before opening Old Grange at Cold Spring Village in Cape May in 2011. He later was chef at such establishments as Valley Forge Casino & Resort. More recently, he was corporate chef for Samuels & Son, a seafood distributor, but moved to Ocean City, N.J., and was executive chef at Peter Shields Inn in Cape May.

A burly 6-foot-1, he commanded a kitchen and carried high standards. “They think I’m a monster,” he told The Inquirer in a 1999 interview. “My tempo is nonstop. First day here, we had this kid we thought was going to be good. He heard me yelling and he just disappeared. His wife came in to pick up his knives.”

Off-hours, he turned off his tirades “like a light switch” to show his jovial side, said Martin Hamann, executive chef at the Union League and a former coworker at the Four Seasons. (Mr. Clark’s son Anthony Jr. now works for Hamann.)

“He was all of our best friend,” said his daughter Ashley, who called him “a true showman who used food as a medium. His real talent was making people feel special.”

Son Anthony said everything he knew about life and cooking came from his dad. “I was talking to people who said that whether he worked with you for three days or a year, you saw his passion and drive and that stayed with you forever,” he said.

David Jansen, a former Four Seasons chef who owns Jansen restaurant in Mount Airy, called Mr. Clark “larger than life, always with a passion for family, food, and friends. He mentored so many young chefs, including myself.”

Mr. Clark grew up in Westmont, N.J., the only boy among four girls and the class clown at Holy Savior School and at St. Paul VI High School. By his own admission, he was not great at school but had a strong work ethic.

He was a teenage dishwasher at Layers Dutch Kitchen near Cape May in the mid-1970s when he fell in love with the restaurant business. He attended the Culinary Institute of America in Hyde Park, N.Y. After graduation, he decided that he wanted to work at the Four Seasons, then on Logan Circle, whose Fountain restaurant was one of the top restaurants in Philadelphia under chef Jean-Marie Lacroix.

Mr. Clark mailed an application but got no response. He put on his only suit and turned up at the kitchen. He was turned away. For several days, he did the same thing. One day, someone didn’t show up for work. Lacroix handed him a uniform, and Mr. Clark slid around the terrazzo floor for 10 hours in his dress shoes. He was hired that night. When he told his mother, she handed him the day’s mail, which included a rejection letter from the Four Seasons. He spent 13 years in that kitchen among a hotbed of talent.

Mr. Clark gave Lacroix the nickname Papa, a gesture that still touches Lacroix nearly 40 years later. “He was such a hard worker, but so upbeat with an excellent sense of humor,” Lacroix said.

Mr. Clark was lured from the Four Seasons by financiers to open his own restaurant, which opened in 1997. Tony Clark’s, at the northeast corner of Broad and Sansom Streets, was a multimillion-dollar project that quickly went off the rails due to infighting among partners. As the friction grew, Mr. Clark walked out in early 1998. “Tony Clarkless,” as wags dubbed it, closed in 1999.

But Mr. Clark was left with at least one special memory. On the restaurant’s fifth night, then-Inquirer critic Elaine Tait was eating a review dinner. Across the dining room was Mr. Clark’s wife, Doreen, who went into labor. A waiter dashed into the kitchen, where Mr. Clark was fussing over Tait’s plates. “How far apart are the contractions?” the chef said. The waiter returned and announced, “Ten minutes.”

Mr. Clark wiped the edge of the plates, threw off his apron, and whisked his wife to the hospital. Son Frank was born that night. Tait had no idea of the drama. Her review was glowing.

Mr. Clark won a best-new-chef award from Food & Wine in 1997 and got a cooking date at the James Beard House in New York as part of its Great Regional Chefs of America series.

Along with his former wife, sons Anthony and Frank, and daughter Ashley, Mr. Clark is survived by another son, Jimmy; another daughter, Brianna; sisters Eleanor Rand, Kathy Austin, Bridget Harron, and Regina Hankins; and grandchildren Savannah and Sheamus McAlorum.

Family & friends are invited to Tony's evening visitation on Friday, July 8, 2022, from 6 PM to 8 PM at the McGuinness Funeral Home, 573 Egg Harbor Road, Sewell, NJ 08080.  Funeral Mass will be celebrated on Saturday, July 9, 2022, at 11 AM at the St. Teresa of Calcutta Parish at Holy Savior Church, 50 Emerald Avenue, Haddon Twp., NJ  08109.  Family & friends are invited to gather prior to the funeral mass for a morning visitation, beginning at 9:30 AM.  Interment will follow at St. Joseph's Cemetery, Chews Landing, NJ.

To send flowers to the family or plant a tree in memory of Anthony Clark, please visit Tribute Store
Print
Friday
8
July