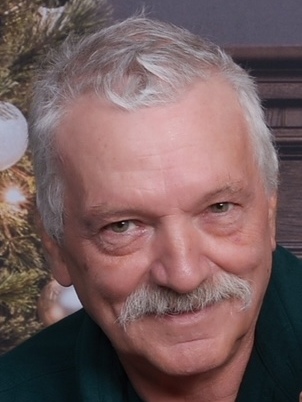 John W. Umstetter Jr, a resident of Mantua, New Jersey, passed away surrounded by his family on Sunday May 22, 2022 after a courageous battle with Cancer. He was 69.

Legacy
John was born and raised in Philadelphia, PA and then later relocated to Sewell, NJ where he graduated from Washington Township High School in 1971. His first job was at Fred Smith Orchard's packing house and soon after followed under his father's (John W. Umstetter, Sr) footsteps and was accepted into Local 1050 Carpenter's Union of Philadelphia, PA. where he retired after 28 years. Once retired he decided to build a landscaping business named "Uncle Umps Yard Care" which was named after his beloved father who was nicknamed "Umpy" by all that knew him. John took a lot of pride into his business and cared for his customers so much that his beloved wife felt as though she knew every single one of them. John enjoyed motor cross racing and won many events in the sport. He also enjoyed spending time outside where he played with the grandbabies, took his two dogs for walks, enjoyed gardening with Anne, and played with all of his tools and big machinery.  John was a devoted husband, dad, pop, son, brother and friend. He will forever be remembered for his intelligent mind, loving heart, amazing stamina and willingness to achieve his accomplishments in everything he did. He will be greatly missed by all the lives he has touched and he will forever be in our hearts.

Family
He is the beloved husband of Anne M. Umstetter(Burns);son of Catherine Jennie Umstetter(DeMarco) and the late John William Umstetter Sr; devoted father to Chelsea Dawson (James);Brother to Joseph Umstetter, Linda Beatty, and the late Catherine Wells; Brother in law to Wyn-Ann Nguyen, Dave Beatty, and Steve Wells; loving grandfather to Augustina, Bryson and Callie; also survived by his godfather Joseph DeMarco and many nieces, nephews, and cousins.

Farewell Tribute
Relatives and friends are invited to attend his memorial visitation on June 11th at 10am-12pm in the McGuinness Funeral Home - Woodbury, 34 Hunter Street. A service will follow.
share the memories … share love … ShareLife® at www.mcgfuneral.com

To send flowers to the family or plant a tree in memory of John Umstetter, Jr., please visit Tribute Store
Saturday
11
June