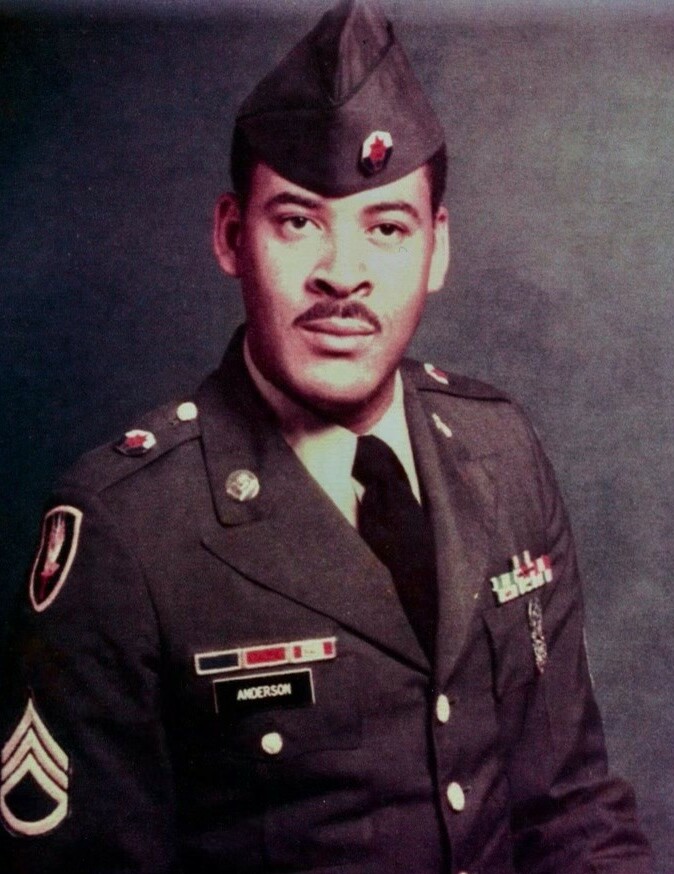 Claude E. Anderson, 72 of Mullica Hill, New Jersey, went home to be with the Lord on Monday, May 2, 2022 after a long illness at The Samaritan Center in Voorhees, NJ.

Born in Toomsuba, Mississippi on November 3, 1949, Claude and his family lived the military life and traveled the world.  He graduated from Pemberton Township High School, while his Dad was stationed at Fort Dix. Claude followed in his Dad’s footsteps by joining the United States Army and proudly serving from 1968-1988.  During his military career, Claude was stationed at Fort Knox, KY, Louisiana, Hawaii, Guam, and Germany. Claude also served two combat tours during the Vietnam Campaign. While in United States Army, Claude held many positions which included calvary helicopter gunner, military police officer and recruiter. Claude was honorably discharged in 1988, retiring as a Sergeant First Class E-7.

After his retirement, Claude and his Family moved to Onancock, VA where he served as the Chief of Police for 5 years before returning to Willingboro, NJ (1994-2007).  Claude was a very active and respected member of VFW Post 4914 in Willingboro and served as the Post Commander. He also served as Commander of the Willingboro American Legion Post 516, and was the All State Quartermaster during the 2013-2014 term. Claude was passionate about his music, specifically his old school southern down home blues. Claude introduced several members of the Willingboro VFW Post 4914 to this genre of music and was known as DJ Blues Man Andy on Monday nights.  Claude is currently a member of Post 7679 in Mantua, NJ where he served as the Sergeant At Arms.

A loving and hardworking gentleman, Claude was devoted to his family, faith, and country.  Bringing smiles to the faces of those he loved was extremely easy for Claude with his colorful personality.  There was always a reason to have good eats, good company and good music where Claude was happy to be the life of the party.

Claude enjoyed taking photos and creating works of art with wood.  He was quite talented and endeavored in big projects around the home. Traveling was in his blood and every summer memories were made on Claude’s family farm in Mississippi.  After his father’s passing, The Anderson Family reunion was established and every three years during  the 4th of July holiday, a family member hosted the event in their home state creating more exciting travels. This is where Claude would pack his family up in the car, put his best down home blues playlist on repeat and drive his family to the reunions as his sons sang the blues with him.

In Lieu of flowers memorial contributions may be made in Claude’s name to the VFW Post 7679, ATTN: Quartermaster, 8 New York Avenue, Mantua, NJ 08051.

To send flowers to the family or plant a tree in memory of Claude Anderson, please visit Tribute Store
Friday
13
May