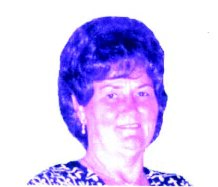 Legacy
Carol was raised in Camden, NJ and attended Woodrow Wilson High School. She married in 1964 and moved to Paulsboro, NJ where she resided for 19 years and raised her two sons there. After divorcing she became a bartender at the old Stardust Club from 1969-1972. She then tended bar at the Paulsboro Hotel from 1973-1982 where she met her second husband and then quit her job to concentrate on the marriage. Immediately after getting married, Carol & her husband bought a new home and moved from Paulsboro to Barnsboro (Sewell, NJ) in 1982.  Since she wasn’t working Carol got involved with cooking, baking, bingo, family poker games and the casinos. She became a grandmother in 1985 and she and her husband doted on their new grandson. Carol got bored with not working so, she started a small business out of her home called Carol’s Originals where she thoroughly enjoyed designing and making photo bracelets, photo candy bar wrappers, photo calendars and just about anything using customers favorite family photos. Her business thrived without any advertising other than word-of-mouth and she was thrilled. Carol spent her spare time being captivated by Olympic Fascination, a game on the boardwalk in Wildwood where you could find Carol in “her” seat three full days a week every summer.

Farewell Tribute
Services are being held private for the family.

To send flowers to the family or plant a tree in memory of Carol Class, please visit Tribute Store

Share Your Memory of
Carol
Upload Your Memory View All Memories
Be the first to upload a memory!
Share A Memory
Send Flowers