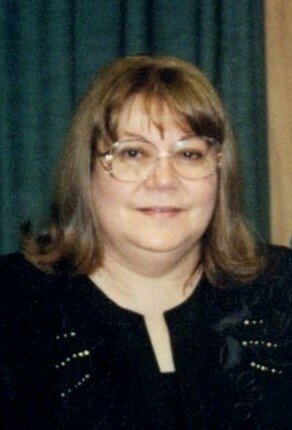 Barbara Howe, of Deptford, New Jersey, passed away peacefully on Saturday, March 5, 2022, at the age of 83. She will be forever missed by the many people who were fortunate enough to be graced by her beautiful heart and spirit.

Barbara (“Barb”) was not one for material things. She didn’t wear the fanciest clothes. Nor did she drive the fanciest cars, or live in the most extravagant home. But what Barb lacked in material items she more than made up for with her love for her family, her generosity, and her caring spirit. And that is the legacy that Barb leaves behind to those lucky enough to have known her.

To know Barb was to know her extremely large family. Her “modern day” Brady Bunch consisted of twelve children. Though the size of Barb’s family was substantial, the size of her family was overshadowed by the love that she shared with each and every one of its members. She would not end a conversation, even in her last moments, without her saying how she loved her children and grandchildren, and asking about how each member of the family was doing.

In the latter part of her time, Barb’s life revolved around her husband, Rich, and their many children, grandchildren (20), and great-grandchildren (14). She enjoyed spending time with Rich and family during family barbeques, family card games, and occasional “splurges” at the Five Points and Centerton Diners. Although in their younger days Barb and Rich could be seen out on the town dancing, in their later days they traded in their dancing shoes for time cozying up watching some of their favorite television shows, including “Survivor,” “The Walking Dead,” and various soap operas.

In addition to her family, Barb enjoyed shopping, especially at her favorite store, Boscovs. And, no shopping trip would be without a lunch date with the son or daughter brave enough to take on the hours long shopping trip. This lunch was a special time for Barb to connect “one on one” with her child – away from the distractions awaiting them from the large family upon their return to home. Although perhaps not appreciated by the child attending this lunch date with Barb at the time, there is no question they would give anything to share another minute with her today.

It would be remiss to talk about Barb’s devotion to her family (and her family’s devotion to her) without mentioning the family’s trips to Nanticoke, PA, and the annual Mother’s Day trips to Ocean City, Maryland. In particular, during the annual trips to Ocean City a family caravan would take the trek to spend time on the boardwalk (Thrasher’s fries, anyone?), swim in the Flamingo Hotel’s indoor pool, partake in the all-you-can-eat seafood at Phillips, and, most importantly, pay respects to the two babies (Nicholas and James) that Barb lost so many years ago.

Relatives and friends are invited to attend her visitation from 10:00AM to 1:00 PM at the McGuinness Funeral Home - Washington Township, 573 Egg Harbor Road. Barbara's Funeral Service will begin at 1:00 PM at the funeral home. The family asks that you bring a cherished memory of Barbara to be shared during the service.

In lieu of flowers memorial contributions may be made to the American Diabetes Association https://www.diabetes.org/

To send flowers to the family or plant a tree in memory of Barbara Howe, please visit Tribute Store
Sunday
13
March

Share Your Memory of
Barbara
Upload Your Memory View All Memories
Be the first to upload a memory!
Share A Memory
Send Flowers