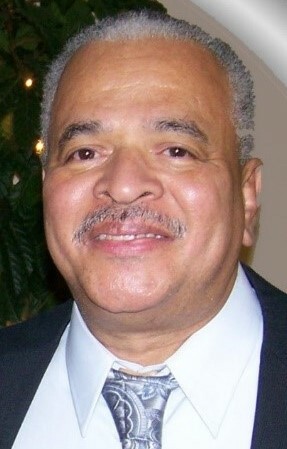 Born on August 8, 1951, Milford, DE, he grew up in the Lewes/Millsboro areas, as well as Oakland, CA and Paulsboro, NJ. Bill was the son of the late William H. Daisey, Sr., and the late Shirley Corinne (Street) Daisey, of Dover, DE.

Billy began his formal education in the Lewes (DE) and Oakland (CA) public school systems and graduated from Paulsboro (NJ) High School in 1969, after only attending there for his final 6 weeks of high school. He would, however, live the rest of his life in Gloucester County.

When the 1954 landmark case of Brown vs. The Board of Education was decided, and Delaware schools were forced to integrate, Billy and two of his younger sisters were among the first to integrate the Lewes School District, all-be-it with the assistance of the Delaware National Guard.

While attending Castlemont High School, in Oakland, on the day that Dr. Martin Luther King, Jr. was assassinated (April 4, 1968), Billy became a neighborhood hero by helping to escort and protect multiple neighborhood students from harm’s way related to the riots that engulfed the city. This event would foreshadow his future career choice.

Shortly after high school, Billy enlisted in the National Guard, and then the Police Academy. On June 30, 1975, he began his long law enforcement career with the Gloucester County Sheriff’s Department. Over the next 32 years Billy would rise to the rank of captain, retiring in 2007.

On June 25, 1988, Billy married Linda M. Washington, from Woodbury, NJ. The couple would settle in Swedesboro, NJ, where they lived most of their 33-year marriage, and raised their only daughter, Belinda. He was also blessed with two sons, Derek and Damar, from a previous marriage.

Billy loved his family and was viewed as a “protector” of his children and younger siblings. He had a kind heart and would often go out of his way to help others, especially those he felt could not help themselves. Billy had a great sense of humor, and liked to enjoy the little things in life, including bargain shopping and collecting various items of interest. Most of all, Billy had great pride and love for his wife, children, and grandchildren.

To send flowers to the family or plant a tree in memory of William Daisey, please visit Tribute Store
Monday
27
December