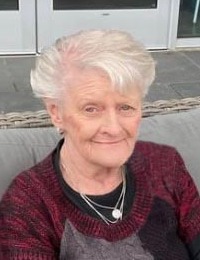 Harriet and her identical twin sister, Mariette, where born on June 4, 1936 in South Philadelphia. Later Harriet moved to National Park, NJ with her mother, where she eventually met her loving and devoted husband, Winfred A. Witham, Jr. She was his Miss America. Before starting a family, Harriet worked for Dun and Bradstreet in Philadelphia. Harriet and Win devoted themselves to raising their two children, Loretta and David, often embarking on road trips to Eastern Shore. After their children where grown, Harriet would assist her husband, by holding the organ keys, in his job with MP Mollar Pipe Organ. Harriet and Win were married for 52 wonderful years, until his passing in 2010.

Some interests of Harriet’s included beautifying a space and adding her personal touches, crafting, gardening, jewelry making, cooking, horse racing, and watching old movies. She was a marathon shopper, especially on Black Friday, even up until her passing. She was the family seamstress for anything that needed mending, whether it be a hem, replacing a button, accessorizing hats for Derby day, or making drapes for the dining room. When you thought an item was no longer useful, she brought it back to life. She showed us how to live within our means, a necessity she had to do during The Great Depression and World War II.

As much as Harriet loved visiting her children, grandchildren and great grandchildren, and taking part in family celebrations, she also took solace in her own home in the mountains. Choosing to be independent after the passing of her husband, she still insisted at the age of 85 to cut her grass, trim her hedges, and paint her deck. Her table was always set with the finest China, crystal, and centerpieces; and whether dining alone or with others, the dinner table was a place to reflect on being thankful for family, friends, and health. She was an example of strength and hard work, and was always an opinionated woman, with strong character.

Harriet was predeceased by her husband, Winfred A Witham, Jr, her son, David J. Witham, and her twin sister Mariette C. Hartman.

In lieu of flowers, please make donations to a charity of your choice in honor of Harriet. She was an avid supporter of her local food bank.

To send flowers to the family or plant a tree in memory of Harriet Witham, please visit Tribute Store
Saturday
27
November