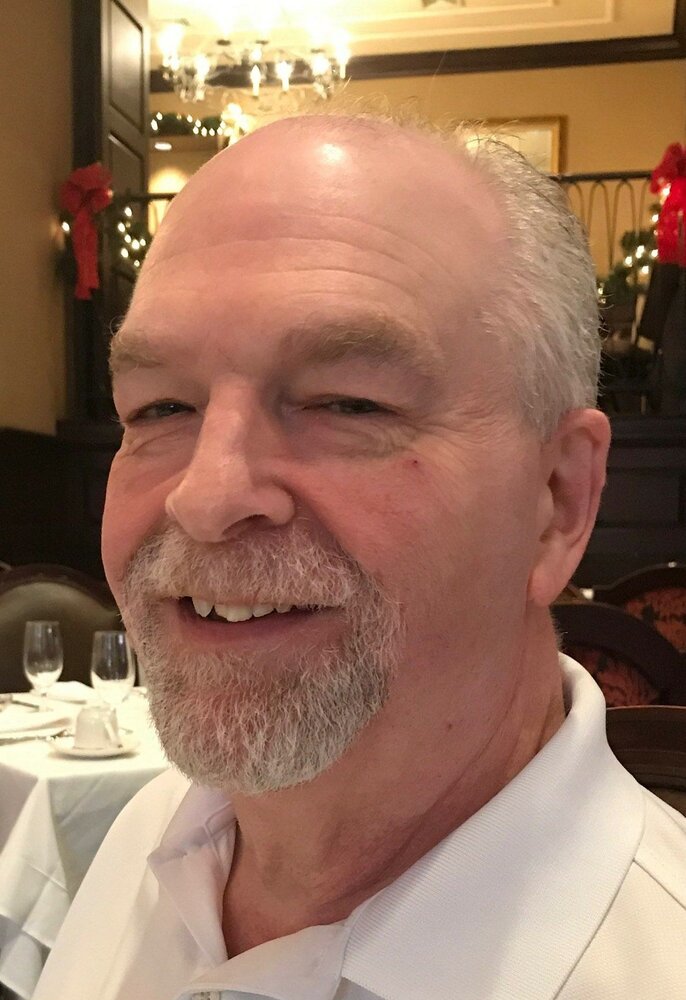 Peter J. Townley, 63, of Washington Township, passed away Tuesday morning, November 9, 2021 while at home under the care of hospice.

Peter was an Astronomer and also a Science Teacher in Washington Township Public Schools for 33 years.   Careers that he enjoyed and in which he made many lasting friendships along the way. Teaching was not only his career, but a passion he carried with him throughout his life.

He was also the inventor of the famous “Townley Jokes”-which are still repeated by many of his former students.  If you had Pete for a teacher you knew your way around a Star Chart and knew of his interests of all things planetary-and Jean-Luc Picard. Peter loved his Stars so much he asked his wife to marry him on the sands of the Outer Banks—but he waited for a shooting star before he lowered himself on his knee.

He was a sports fan especially following the Philadelphia Phillies which led him to a job working for the Phillies as a Security Professional—a job he loved.

Peter was a loving father, husband, grandfather, brother, uncle, godfather and friend. Peter enjoyed helping others and never expected anything in return. He was a kind soul.  He was a one-of-a-kind, courageous, self-sacrificing man. He never met a stranger and could find a common ground with anyone he met. He made and kept friends for a lifetime.  His intelligence, quick wit, heart of gold, insight, confidence, and friendship will be greatly missed.

He has influenced and inspired so many during his life, who have in turn become better people because of him.  Always encouraging his students to choose a career in a science field. Counseling some student in his theory--- that it does not matter how long it takes you to get a degree---in the end you have one---go do it!!!

Peter loved to travel with his wife Holly. Over the years they traveled to many countries, his favorite-- his beloved Mexico. Peter always liked to reminisce about his favorite days of travel.

Peter gave back to his communities by starting the Toys for Tots Campaign at Orchard Valley and Bunker Hill Middle Schools and ran the collection for many years. Along with Tom Ryan & Rich Mitcho they collected toys for children who would be without during the Holiday Season---The trio of men expanded their donations into several Counties with large number of donations collected from the generous families of school children in the schools in which they taught. In 2009 the United States Marines presented Peter with the Challenge Coin and several plaques for his devotion and achievement to this project.

Peter also gave back to his community by being an American Red Cross Blood Donor. He donated such quantities that he was always invited to the organization’s annual dinners. He also was a NJ organ and tissue donor through the Sharing Network

Left to mourn his loss and celebrate his life are: Beloved wife Holly (nee Chamberlain); loving father of Amber Kirchhoff (Steven), Melody Scagnelli-Townley (Andrew); step-father to Daniel Schilling (Angelle); devoted grandfather of Lilianna, Cassie & Liam; cherished son of the late Theresa (nee Walsh), Leslie Townley.  Peter is survived by his sister Karen Collins and her husband Francis as well as his brother Mark Townley and his wife Charlene. He is also survived by many loving nieces, nephews and grand-niece.

Special thank you to his devoted Nurses: Elexis, Susan & Brittany, he enjoyed the special steps you took with his nursing care.

Farewell Tribute
Relatives and friends are invited to attend his memorial visitation at McGuiness Funeral Home, 573 Egg Harbor Road, Sewell, NJ on November 13th at 11am-1pm and a service will follow. In lieu of flowers Peter asked that donations be made to:  NJ Sharing Network, Attn: Foundation, 691 Central Avenue, New Providence, NJ 07974; www.njsharingnet or Toys for Tots; www.toysfortots.orgwork.org. Share the memories … share love … ShareLife® at www.mcgfuneral.com.

To send flowers to the family or plant a tree in memory of Peter Townley, please visit Tribute Store
Saturday
13
November

Share Your Memory of
Peter
Upload Your Memory View All Memories
Be the first to upload a memory!
Share A Memory
Send Flowers