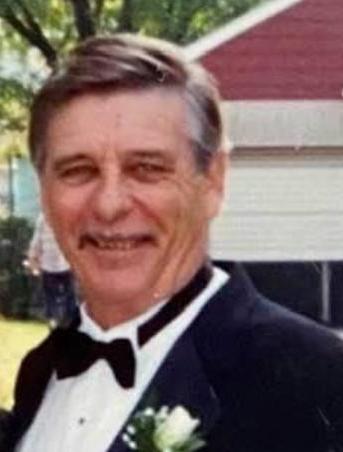 Michael P. Donnelly, Sr. affectionately known as “Mickey”, peacefully passed away on February 24, 2021 after a long battle with lung disease.

A proud United States Naval Veteran who served aboard the USS Independence. Born on November 6, 1937 to the late Joseph and Anna (nee: Lorenz) and was raised in South Philadelphia.  After marrying he lived in Magnolia and recently has resided in Sewell, New Jersey. He worked and retired from local 669 where he worked as a sprinkler fitter. Mickey enjoyed his years of participating in the Mummers Parade and was a long-time member of the Satin Slipper NYB. He will be remembered as a hard worker, witty, fun loving, good listener, caring and loving husband, father and poppy. Always making the family laugh with his facial expressions.  There was nothing more important in life than his grandchildren, he lived through their accomplishments and was so proud that they all have continued to better themselves through their continued education. He never missed a game, prom or a performance.

Relatives and friends are invited to his visitation Sunday eve from 6-8pm and again on Monday morning from 8:30-9:45am at the McGuinness Funeral Home, 573 Egg Harbor Road Sewell, NJ 08080. His Funeral Mass will be celebrated 10:30am at The Church of the Holy Family. Burial private.

Family would prefer memorial donations in his memory to be made to The Wounded Warrior Project, PO Box 758516 Topeka, KS 66675.

To send flowers to the family or plant a tree in memory of Michael Donnelly, Sr., please visit Tribute Store
Sunday
28
February

Share Your Memory of
Michael
Upload Your Memory View All Memories
Be the first to upload a memory!
Share A Memory
Send Flowers