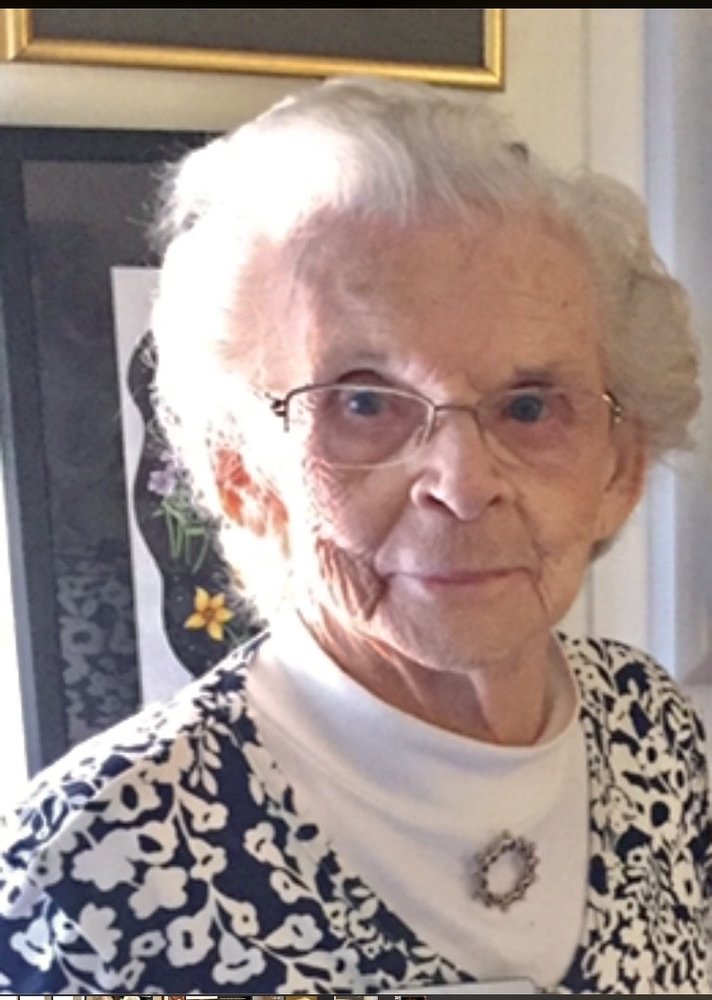 Naomi Morrison (nee Faber), 98, of Pitman, New Jersey, passed away on Sunday, November 1, 2020, after many difficult months of illness, surrounded by her family and the loving staff of the United Methodist Community - Pitman.

Born and raised on a farm in West Laurens, New York, Naomi was just weeks shy of her 99th birthday. Naomi was one of six children and went to a one room schoolhouse from kindergarten to 8th grade. In high school, she earned several awards for public speaking. She was a 1944 graduate of the Methodist Hospital School of Nursing in Brooklyn, New York. Even though she worked for only a short time after getting her license, Naomi kept her license valid until the age of 72 and was always there to lovingly care for her family when her skills were necessary. In 1944, Naomi married Robert Morrison and in 1946 they started their family. In 1965, the family moved to Washington Township and Naomi lived there until she moved to United Methodist Communities at Pitman. She was an active member of Lutheran Church of the Apostles for many years.

A loving and generous woman, Naomi was devoted to her family. Her grandchildren and great grandchildren brought her true joy. She was a superb homemaker; tending to her home, cooking and baking wonderful meals and caring for her family. Everyone knew that Naomi was very proud of her Danish heritage and loved to share her passion of cooking her delicious homemade Danish dishes, beef stew, lemon squares and klejner Christmas cookies to name a few. Naomi also was a talented embroiderer and had a green thumb tending to her garden.

Services for Naomi will be held privately.

In lieu of flowers, memorial contributions may be made in Naomi's name to the UMC Foundation, 535 N. Oak Avenue, Pitman, NJ 08071. The UMC Foundation financially assists residents to stay at the facility as needed after their funds are depleted.

To send flowers to the family or plant a tree in memory of Naomi Morrison, please visit Tribute Store