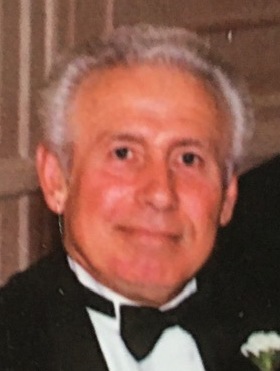 Born in Philadelphia, Alfonse was a life-long resident of Gloucester County.  After an honorable discharge from the Navy, Al worked as a brick mason by trade, most recently working for John B. Kelly Brickwork in Philadelphia before retirement, and he was a member of the New Jersey BAC Union Local #7 in Fairfield, NJ. Al was also a proud member of the Sons of Italy, and served as a volunteer firefighter for the Woodbury Heights Fire Department before moving to Woolwich Township.  He was an antique car enthusiast, often winning awards and trophies for his show cars.  He enjoyed spending time with "the guys", whether it was playing poker, hanging at the cigar club or catching up with each other over weekly breakfast get-togethers.  Al tremendously enjoyed attending various antique car shows and cruises. In later years, he found solace in spending many hours freshwater fishing at nearby areas.

Al and his family cherished the time they spent camping for years throughout the United States.  He and his wife also loved traveling in general, especially on various cruises.

Alfonse is predeceased by his parents Albert and Agatha (nee DiBartolo) Rende and his brother Robert Rende.

A Memorial Service will be held at a later date when Al's life may be celebrated fully.

In lieu of flowers memorial contributions may be made to the Wounded Warrior Project at support.woundedwarriorproject.org

To send flowers to the family or plant a tree in memory of Alfonse Rende, please visit Tribute Store

Share Your Memory of
Alfonse
Upload Your Memory View All Memories
Be the first to upload a memory!
Share A Memory
Send Flowers