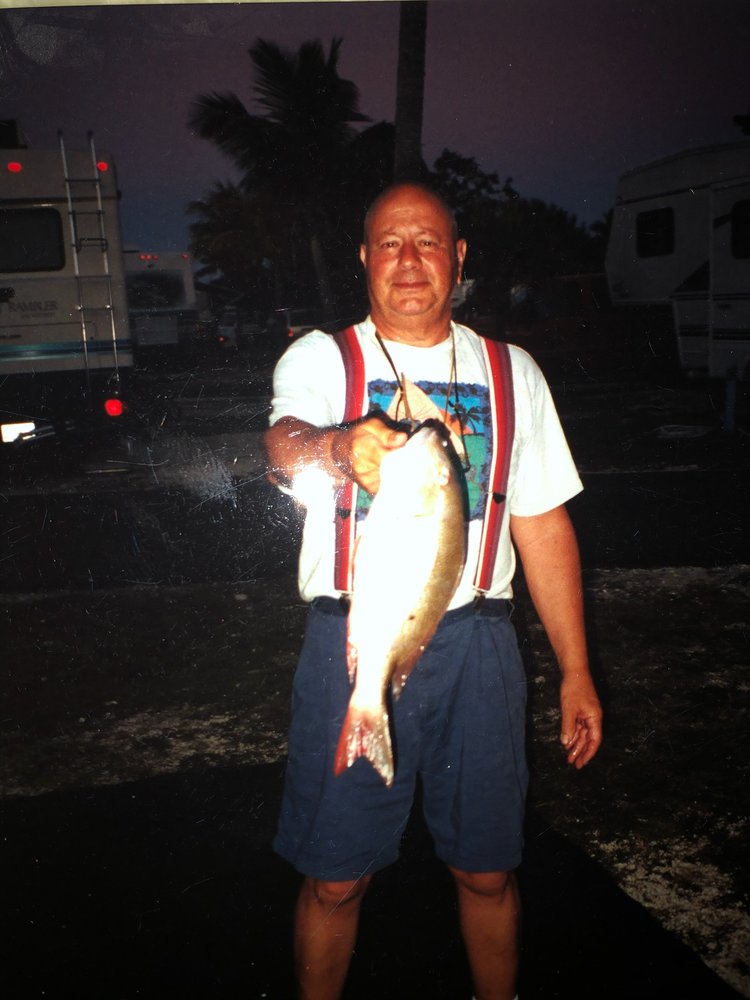 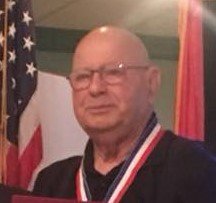 Anthony Michael Brida Sr., “Tony” of Glassboro, NJ entered the presence of the Lord peacefully at his home, surrounded by his entire family, on Wednesday, July 29, 2020. Tony was born in Scranton, Pennsylvania to Michael and Palma Brida and moved to Glassboro in 1942 with his parents and sisters Vivian and Camille. He attended St. Bridget’s Catholic School and was known as an energetic and rather mischievous young man, who notoriously set off the display cannon located in downtown Glassboro, firing a small projectile towards Williamstown! Tony played in the first Glassboro Little League, batting for the Owens Illinois “OnIzers”. He worked on his parent’s farm throughout his childhood, and sold asparagus in the mornings before school, pulling a wagon throughout the Chestnut Ridge neighborhood.

Tony enlisted in the United States Marine Corp at the age of 18, completed boot camp in Parris Island and was stationed in Camp LeJeune, NC. Tony was a tank operator and weapons specialist and served overseas in Okinawa, Japan, and Puerto Rico.  Tony came home to give away his sister Camille at her wedding and met one of her bridesmaids, Sandra Yard from Ewan. It was love at first sight, and Tony and Sandra were married at St Bridget’s Church in Glassboro on June 25, 1960.

Tony worked for William Consalo and Sons in Vineland and started his family. In 1965, he decided to start his own business, which he named Anthony M. Brida, Inc. It began as a used brick sales company, selling bricks from the buildings demolished in Philadelphia by William Geppert & Sons. Eventually, the company evolved into a nationwide trucking firm, hauling new and used machinery and general commodities, and selling sand, stone, and fill dirt locally. In 2002, he started Brida Stone, Inc. and with the help of his children, the local stone yard grew to provide natural landscape and building stone of all varieties. Tony drove a triaxle truck for Brida Stone, picking up loads in Pennsylvania and North Jersey, driving up to 350 miles a day, until he was 80 years old. Tony had to be one of the hardest working men who ever walked this earth.

As a young husband and father, Tony enjoyed deer hunting in the woods of Maine, playing men’s softball, playing cards at Danny’s Pool Hall, and eating many meals at Angelo’s Diner.  He also hosted many family gatherings and cookouts. His business sponsored a team in the Glassboro Men’s Softball league and won championships (against the famous Franklin House team) and eventually he sponsored a team in the Franklin Township Women’s Softball League where his daughter played with many girls from Glassboro. They swept the league championship many years in a row. He would take the entire team out after the games and pick up the tab every time.  Tony loved playing pinochle and rummy, and hosted card games in his home for his group of friends up to three times a week (more if he could get players). His wife Sandra was his pinochle partner for many, many games, and they were very skilled at playing together.

Tony was so very generous to everyone - his friends, his employees, and especially his family. He supported so many people over the years, helping to raise entire families through providing jobs and even personal loans - which usually turned into gifts. He worked hard, but he also made the time to spend with his wife and six children, taking them on vacations to Maine, Disney World and even travelling to Australia to visit his relatives there. He loved to drive and would take his entire family on trips to Pennsylvania to visit his sisters and cousins, and day trips to visit local friends.He greatly enjoyed many visits to the Florida Keys, fishing with Sandra and his fishing buddies, and loved watching the Phillies play on television, rarely missing a game.

Tony was a lifelong member of St. Anthony’s Mutual Aid Society and spent a lot of time at the club in his younger years. He had many, many friends and was a surrogate father to many of his truck drivers and mechanics who worked for him over his 60-plus years in business.

Most of all, Tony was a dedicated and loving husband and father. He and Sandra celebrated their 60th wedding anniversary this past June, and they shared a deep connection and love that will live forever.

Arrangements are entrusted to the McGuinness Funeral Home, Sewell, NJ.

To send flowers to the family or plant a tree in memory of Anthony Brida, Sr., please visit Tribute Store
Saturday
8
August

Share Your Memory of
Anthony
Upload Your Memory View All Memories
Be the first to upload a memory!
Share A Memory
Send Flowers