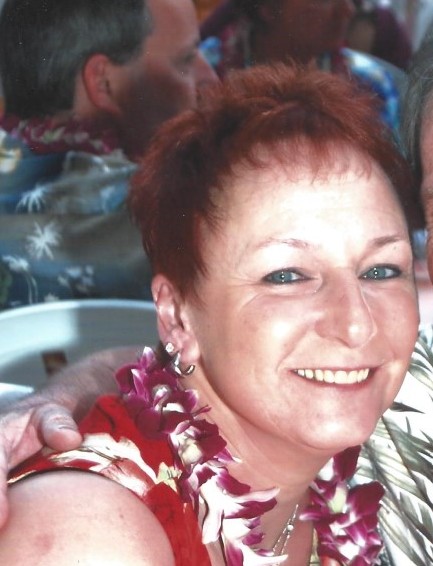 Diana was born and raised in Pedricktown, NJ.  She graduated from Penns Grove High School in 1975.   Diana met the love of her life, Martin, and was engaged to be married within five weeks.  She was the founder and owner of the Frozen Cow Ice Cream of Gloucester City and co-owner with Martin of Entertainment Plus DJs of West Deptford.  For leisure, Diana and Martin spent their vacation time travelling to the Caribbean.   Diana also enjoyed reading a good book, whenever and wherever she could and taking weekend getaways with Martin to Atlantic City, NJ.

Diana was a successful double lung transplant recipient.  Diana's family wishes to thank everyone they have met during the entire process for their kindness and compassion, especially the nurses and staff at University of Pennsylvania Hospital.

She is the beloved Wife of 22 years to Martin McIntyre; devoted mother of Jamie L Gayner and David F. McIntyre; dear sister to Doug, David, Daniel and Dennis Vass; loving grandmother to Olivia and Joseph IV.  Diana is also survived by many other family and friends.

Diana is predeceased by her brother Robert Vass and her parents Douglas and Peggy Vass.

In lieu of flowers, contributions may be made in her memory to Penn Medicine Development, 3535 Market Street, Suite 750, Philadelphia PA, 19104.

To send flowers to the family or plant a tree in memory of Diana McIntyre, please visit Tribute Store