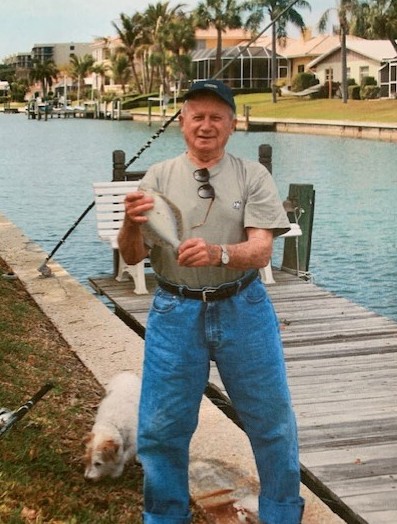 Ed met the love of his life Phoebe at Woodbury High School. They were married for 65 years. He worked closely as a farmer with his dad.  Ed served in the United States Army honorably.  He was very fond of ocean fishing.  Ed enjoyed spending time with the families of his three children.  Ed was Pop Pop to eleven grandchildren and fifteen great grandchildren. Our Dad was much loved by all and he will be dearly missed.

He is the beloved husband of the late Phoebe Anna Seder (Redfield); devoted father to James (Kathy) of Snellville, GA, Barbara Maier (Robert) of Mantua, NJ and Shirley Rozansky (the late Richard) of Sarasota, FL; loving grandfather to 11 grandchildren and 15 great-grandchildren; dear brother-in-law to Lorene Murphy.

Edward is predeceased by his parents Alexander and Pauline Seder; his siblings, Wanda, Walter, Josie, Frank and Jeannette.

Due to the National Health Crisis; Funeral Services for Edward will be held privately for his immediate family.

To send flowers to the family or plant a tree in memory of Edward Seder, please visit Tribute Store