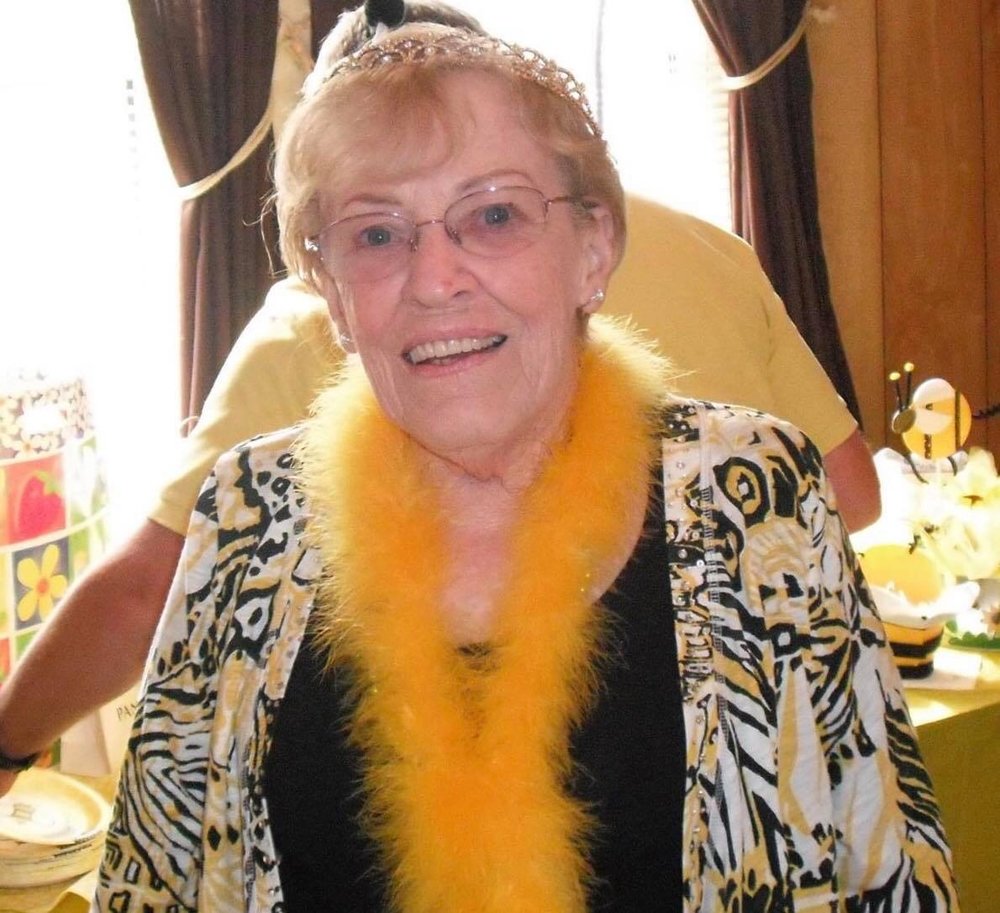 Five-time grandmother and four-time great-grandmother Marie (Ree Ree) Revak died of the deadly COVID-19 virus on April 30, at Deptford Center for Rehabilitation and Nursing just two weeks after her eighty-eighth birthday. Sadly, she was not surrounded by her loving family as she was not permitted visitors in her final weeks. Marie was born in South Philadelphia to Agnes Robinson and grew up with six brothers and sisters (William (deceased) and James Walker and Paul, Milton, Iris, and Helen Robinson). She studied cosmetology and worked in her family’s corner store and later for Bell Telephone as an operator. Marie met her husband of 65 years, William (Bill) Revak at a beef and beer night in Philadelphia. As the story goes, Bill was drawn to Marie and her group of girlfriends by the extra beer tickets lying on the table. Bill and Marie married in 1954 and lived in Philadelphia for a few years before making the move to their new home in Oak Valley in Deptford, NJ. Marie was proud of their family’s status as original Oak Valley residents. She was a meticulous housekeeper, wife, and mother and volunteered as the treasurer for the Oak Valley Vietnam Veteran’s Memorial, a Cookie Mom for Girl Scouts, president of the Ladies Auxiliary for the Branch 908 Letter Carriers, and a poll-worker for elections. She worked in the toy department at Grants Department Store in Southwood and was known to the children of Oak Valley Elementary School as “Mrs. Revak the lunch lady” from 1971 to 1993.

All who knew her will attest to her feisty personality and outspoken nature. Her sayings and adages will live in our hearts forever. Marie was a true American patriot and devoted fan of the Eagles and Phillies. She enjoyed outings to the casinos and Olive Garden – especially during their buy one, get one promotion.

Marie was a friend to many – the door was always open to visitors and the phone rang frequently. Marie is survived by her husband Bill, her children Marie (Raymond Yelle), Geri, and William, Jr. (fiancé Gabriella Hidalgo), grandchildren Jill (Daniel Sobieski), Brianna (Justin Dahnert), Cassandra, Elisabeth (Nick Perkins), and Anthony (Molly Wiedemann) and great-grandchildren Lex and Levi Sobieski and Athena and Luca Perkins.

A memorial service celebrating Marie's life will be held at some time in the future. In lieu of flowers, donations in Marie’s memory may be made to Children’s Hospital of Philadelphia Foundation and mailed to PO Box 781352, Philadelphia, PA 19178-1352. Please remember to write “in memory of Marie Revak” on the memo line of the check.

To send flowers to the family or plant a tree in memory of Marie Revak, please visit Tribute Store

Share Your Memory of
Marie
Upload Your Memory View All Memories
Be the first to upload a memory!
Share A Memory
Send Flowers