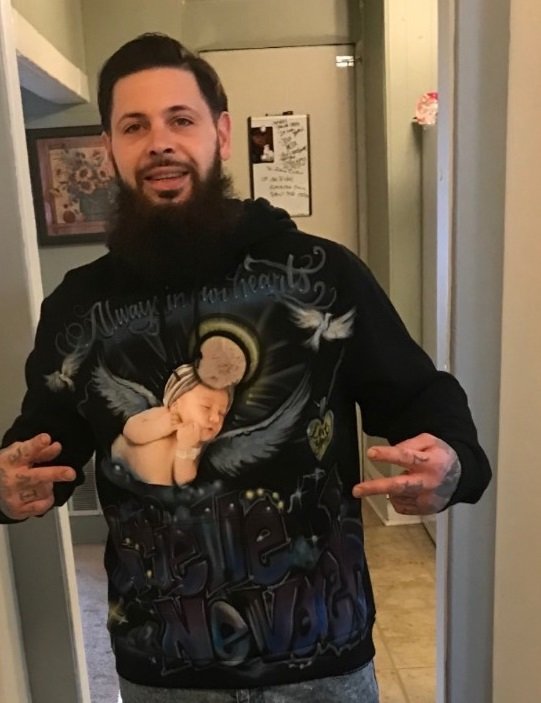 A loving and crazy outgoing guy, Brock had a big and generous heart, especially when it came to his family.   He always had a smile on his face that lit up a room. Brock was the life of the party and lived life to the fullest with his “no filter” way about him.  He was an avid fan of the Oakland Raiders and Philadelphia Phillies,  loved going fishing, hanging out at the barbershop and getting tattoos every chance he could.  Brock was the fullest when he became a dad to his  greatest treasures, his precious daughters, Brielle and Oaklynn.

Born in Woodbury, NJ, Brock was a lifelong resident of the Oak Valley section of Deptford Township, NJ.

Devoted son of Stacey Aurand and John Buhles Sr.; treasured boyfriend of Mackenzie Wakeley; cherished father of Oaklynn Rayne and the late, Brielle Nevaeh and his little side kick, Alana; adored brother of John and Cody (Emily) Buhles; precious grandson of Kathleen (nee Binck) and the late, Bo Aurand and the late, Karl and Linda Buhles;  dear uncle of Julien Buhles and soon to be arriving, Raelyn Buhles; loving nephew of Bo and Stacy Aurand and Heinz, Pete and Mike Buhles; fun loving cousin of Amanda and Danica Marchei, Addyson and little Bo Aurand and Karl Buhles III.  Brock will be missed by many others including, aunts, uncles, cousins, dear friends and his loyal dogs Cam and Navah.

Due to the National Health Crisis, services for Brock will be announced at a later date.

In lieu of flowers, contributions may be made to the Brock Buhles Memorial Fund for his daughter, Oaklynn Rayne at TD Bank, 1101 Mantua Pike, Mantua, NJ  08051.

To send flowers to the family or plant a tree in memory of Brock Buhles, please visit Tribute Store
Print
Share A Memory
Send Flowers