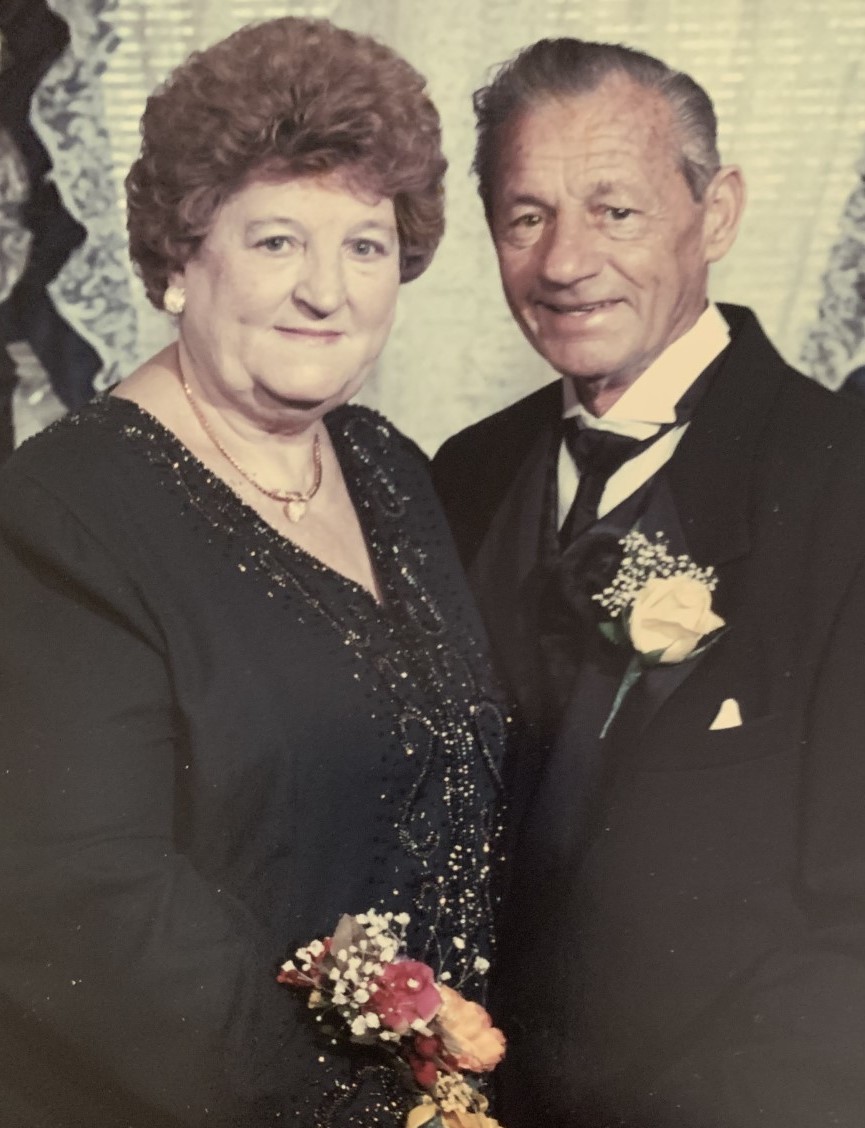 Obituary of Joseph B. and Mary D. Lapetina, Jr.

Joe, a lifelong Baseball fan, was born in 1932 in Philadelphia and spent many a Sunday afternoon growing up at Shibe Park watching his beloved Philadelphia A’s play doubleheaders against some of the great Hall of Fame names of the American League and baseball history. He graduated from Southeast Catholic High School for Boys and enlisted in the Navy in 1950. A Veteran of Foreign Wars, His Rank was BM3, as he served in Korea on USS LSM-547 and was also stationed in San Diego before his Honorable Discharge in 1954. He returned home to Philadelphia in 1954, and began his employment with the Social Security Administration, where he worked until his retirement in May of 1988. He had also continued to play baseball in community leagues while switching allegiances to the Phillies out of necessity: the A’s had moved to Kansas City. In retirement, Joe enjoyed the simple things in life: walking the dogs, being a Grandpop and Great Grandpop, crossword puzzles, playing his guitar, “The Price is Right!” and watching his now beloved Phillies and Eagles.

Mary, a lifelong lover of everything Wildwood, was born on the island in June of 1932 at the historic Margaret Mace Hospital in North Wildwood. Growing up 9 months a year in South Philadelphia, while spending every summer in her beloved Wildwood, she became an avid fan and supporter of the 2street Mummer Organizations, with Quaker City String Band as her favorite. She also enjoyed going to the movies and the iconic Horn & Hardart Automat Restaurant as well as playing the saxophone for her Alma Mater - John W. Hallahan Catholic High School for Girls.

Joe and Mary met through mutual friends after he had returned from the Navy, in 1954. They fell in love and were married in 1956. They lived in South Philadelphia and Camden in the early years of their marriage before eventually settling in Woodbury Hts in 1967, where they lived for 35 years before moving into the Riverwinds Community of West Deptford in 2002.

Mary was a homemaker for many years, and spent time in the 1980’s and 1990’s as a planning board member of West Deptford Little Theatre. Upon Joe’s retirement in 1988, they invested in and opened Royal Dance Academy, originally in West Deptford and now in National Park, with their daughterTheresa as artistic director. Mary was a fixture at the front desk and the driving force behind the studio for three decades. The studio has brought the art of dance to thousands of young girls and boys over the past 31 years. One of Mary’s Greatest joys has been her Grandchildren and watching them grow and participate in many things but especially watching them excel in the dance studio.

Joseph and Mary were married for over 63 years and together for almost 66 years and leave behind a legacy that will not be soon forgotten.

They are the devoted parents of Joseph Lapetina (Carol), John Lapetina and Theresa Pietrowski; loving grandparents to Erin (Luis), Lindsey (Josh) and Christopher; cherished great grandparents to Nicholas and Shane. They are also survived by many other dear family and friends.

Joseph and Mary are predeceased by their son Michael Lapetina.

Mass of Christian Burial for Joseph and Mary will be held on Friday, June 26, 2020 at 10:00am in the Infant Jesus Parish at Saint Margaret's Church, 3rd and Beech St., Woodbury Hgts.  Interment will follow at Gloucester County Veterans Memorial Cemetery, Williamstown, NJ.

Arrangements under the direction of the McGUINNESS FUNERAL HOME, Woodbury & Washington Twp.

In lieu of flowers, memorial contributions may be made to the Children’s Hospital of Philadelphia at chop.edu

To send flowers to the family or plant a tree in memory of Joseph B. and Mary D. Lapetina, Jr., please visit Tribute Store

Share Your Memory of
Joseph B. and Mary D.
Upload Your Memory View All Memories
Be the first to upload a memory!
Share A Memory
Send Flowers