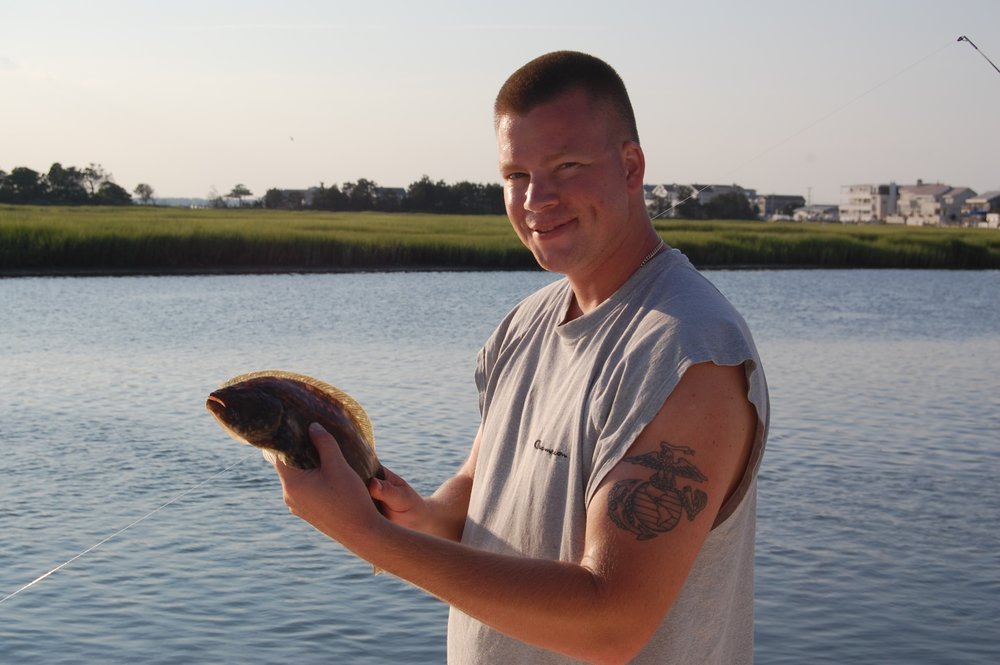 Adam proudly served in the United States Marine Corps from 2004 to 2009, which included two deployments during Operation Iraqi Freedom. After the Marine Corps, Adam graduated cum laude with a Bachelor’s degree in Law & Criminal Justice from Rowan University. Adam was a determined, driven, hard-working man who took pride in his work and service to his country. He was an avid fisherman. Adam enjoyed riding his custom Harley Davidson soft-tail motorcycle. He was a self-taught guitarist and an exceptional artist. He adored his two children, Addison Jean and Ben Adam; his nephew Jeffrey and niece Catherine. Adam studied Shotokan Karate with his Uncle Ray, earning a black belt. He enjoyed all things in the natural world -- the sea, the woods and evening sky, and animals of all kinds. He loved creating terrific meals and was quite the grillmaster. Adam had a philosophical mind and an abundantly caring spirit. He loved spending time with his family -- we will miss his sparkling blue eyes and mischievous grin; his quick wit and silly sense of humor. We will remember the good times poolside at the house; memories together on the beach and boat at Commodore Bay Marina in Avalon. Time together as a family meant everything to Adam and to us.

Funeral services for Adam are private, at the request of the family.

In lieu of flowers, charitable donations can be made in Adam's name to the Semper Fi Fund, Visiting Nurse Program, 825 College Blvd., Suite 102, PMB 609, Oceanside, CA 92057, or at https://semperfifund.org/donate

To send flowers to the family or plant a tree in memory of Adam Vendzules, please visit Tribute Store

Share Your Memory of
Adam
Upload Your Memory View All Memories
Be the first to upload a memory!
Share A Memory
Send Flowers