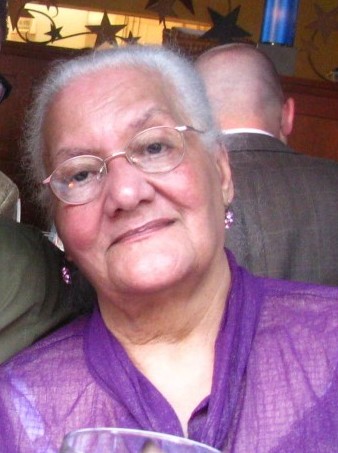 Elva Cleona Small, 86, of Philadelphia, PA, passed away on Saturday, November 16, 2019 of Natural Causes.  Elva loved Jesus Christ as her Lord and Savior and walked with him daily.

Elva was born in Waynesboro, PA on September 5, 1933.  Her father was the apple of her eye.  She was the eldest of 11 siblings and loved both her grandmothers dearly.  In her hometown, she met and married Carl Brown, Sr.  After having her third child, she moved to Philadelphia, PA.

Elva worked for the Philadelphia Board of Education's Get Set Program as a social worker assistant.  Her love for young children overflowed into her work as she coordinated programs for parents, conducted surveys and enrolled students.  Compiling monthly reports aided her in preparing state forms and becoming knowledgeable of the early education field.

From 1965-1968, Elva moved into the position of School Community Coordinator with the Philadelphia Board of Education.  Based out of George Washington Carver Elementary School, she became a liaison between  the school and local parents.  She worked closely with school administrators and nurses to bring change to her community.  This work was important and her passion showed when she became the block captain.  She also held membership as the grand-matron of the Rose of Sharon Eastern Star under the most wishful Enoch Grand Lodge.

In 1971, Elva changed career paths and decided to help her community in a different way.  She became a licensed real estate agent under John C. Moore Real Estate.  It was here that she managed residential properties and sales.  This new venture included preparing taxes and overseeing repairs.  It was during this time she married Charlie E. Small.  A few years later, she obtained an Associate Degree in Real Estate Law from the Community College of Philadelphia.

After Mr. Moore's death ion 1984, Elva became the owner/broker of Moore Real Estate.  She poured into this business for over 15 years before retiring.  Her home held many celebrations and gatherings throughout the years.  She loved to cook with ingredients from garden and learned recipes from watching various cooking shows, every holiday season was filled with homemade cookies make with loving care.

Farewell Tribute
Relatives and friends are invited to attend her visitation on Saturday, November 23 from 1:00PM to 1:30PM in the McGuinness Funeral Home - Washington Township, 573 Egg Harbor Road, Sewell. NJ 08080.  Funeral Service at 1:30PM.  Interment will be private by the request of the family.  In lieu of flowers memorial contributions may be made in her memory to Toys for Tots, 210 County House Rd., Shady Lane Complex Bldg. E, Clarksboro, NJ 08020, www.wenonah-nj.toysfortots.org.

To send flowers to the family or plant a tree in memory of Elva Small, please visit Tribute Store
Print
Saturday
23
November