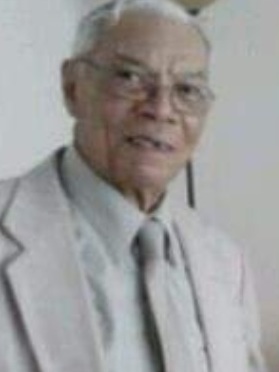 James W. Graham, known to all as Jim or Jimmy, was Born in Mooresville, North Carolina on April 12, 1927  He is the son of the late Walter and Omi. He is the beloved husband of the late Annie L. Graham and devoted father. Jim was predeceased by 2 of his five children, son James Jr. and daughter Beverly. He is survived by son Keith, daughter Seri, his Baby Girl Mona Lisa and son-in law Stan. Jim was a devoted and loving grandfather to James III, Heath, Anissa, Handal, Joi, Kira, Katika, Mukunda, Prahlad, Narada, Silena, Patrick Jr. (PJ) and Cecily. Jim was a cherished great grandfather and great-great grandfather. Jim was predeceased by his 2 sisters Della and Alberta. Jim was survived by his 2 brothers; Robert and Walter, 5 sisters; Mary, Janie, Evelyn, Shirley and Barbara. Jim is survived by his brothers and sisters-in-laws, a host of nieces, nephews and cousins.

Jim attended Statesville High School in North Carolina and at the age of 17 he joined the United States Navy, where he served in World War ll. When Jim left the military he went back to North Carolina until he was offered a job at the Brooklyn Navy Yard in NYC where he met and married Annie Graham. Jim worked for the Brooklyn Navy Yard until he went to work for Amalgamated Textile as a Union Representative, until he retired in the early 1990s. Jim later moved to New Jersey to be closer his daughter Lisa and his grand kids. Jim loved gardening and taking long walks. Jim loved to attend church with his daughter and granddaughter until he took ill. Jim was a lifelong Yankee fan and loved Lou Rawls. One of his favorite songs by Lou Rawls was “See You When I Get There”, which he probably sung in his head in his last days to all his loved ones that preceded him in death.

Jim had a favorite quote: “I GIVE IN, BUT I’LL NEVER GIVE UP”, until God called him home.

A Service will be held on October 26, 2019 at the Clayton Baptist Church, Clayton, NJ the viewing will start at 9:30AM until 10:15AM. A Homecoming Service will immediately following the viewing.

Interment is private, at the request of the family

To send flowers to the family or plant a tree in memory of James Graham, please visit Tribute Store
Saturday
26
October

Share Your Memory of
James
Upload Your Memory View All Memories
Be the first to upload a memory!
Share A Memory
Send Flowers