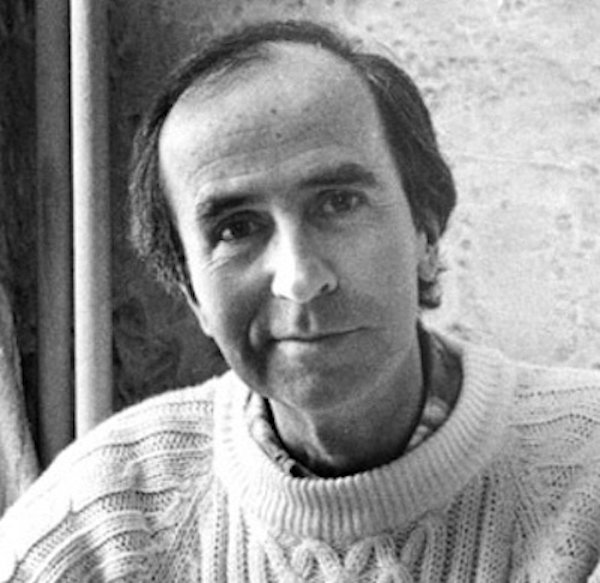 The author Michael Rumaker, 87—a childhood resident of National Park—died on June 3, 2019, at Jefferson Washington Township Hospital in Sewell. He was born in Philadelphia on March 5, 1932, to Michael Joseph and Winifred Marvel Rumaker.

After graduating from Woodbury High School in 1950, he studied journalism at Rider College in Trenton. In 1955, he graduated from Black Mountain College in Black Mountain, North Carolina, where he studied with the writers Charles Olson and Robert Creeley.

In the late 1950s, Michael’s short stories were published in literary magazines and were frequently anthologized. Between 1955 and 1957 he lived in San Francisco, where his writing began to be identified with Allen Ginsberg, Robert Duncan, and Laurence Ferlinghetti at the City Lights Bookstore.

In 1958, after moving to New York City, Michael suffered an emotional breakdown. His fictionalized memoir, The Butterfly (published by Charles Scribner in 1962), is about that breakdown and about his affair with Yoko Ono, published before Ono became well-known.

In 1967, Grove Press published his Gringos and Other Stories—realistic, short works of fiction about marginal characters living in America during the 1950s and 1960s.

In 1969, he received a Master of Fine Arts in creative writing from Columbia University and began to teach in the English departments at Rockland Community College, the New School, and the City University of New York.

While living in Grand View and Nyack, New York in the 1970s, he wrote directly about his life as a gay man in books published by Donald Allen at Grey Fox Press in San Francisco: A Day and a Night at the Baths (1979) and My First Satyrnalia (1981).

In the 1990s he wrote two novels: To Kill a Cardinal (1992)—which was inspired by the ACT-UP protest at St. Patrick’s Cathedral in New York City in 1989; and Pagan Days (1999)—set in South Philadelphia and National Park, called “Lenape” in the novel. Pagan Days is a stunning picture of poverty in the Great Depression, narrated by an 9-year-old boy, who, it seems clear, will grow up to be a gay man.

Michael’s nonfiction works include the memoirs Robert Duncan in San Francisco (1996, 2013)—which details the joys and predicaments of the city’s gay community in the 1950s and Michael’s relationships with Robert Duncan and various Beat writers; Black Mountain Days (2003)—about the last years of Black Mountain College—which includes portraits of the poets Robert Creeley, Charles Olson, and Jonathan Williams, and composer Merrill Gillespie during the years 1952 to 1956; and Pizza: Selected Poems (2005), published by Circumstantial Productions in Nyack.

In all these writings, Michael made significant contributions, not just in literary methods but also in capturing the essence of his times. In speaking of A Day and a Night at the Baths, Michael said “my attempt in the writing was to shape a language commensurate with that emerging openness, a language vital, alive and cleansed of the language of the past that was all that we had had for so long: words of flesh-hatred and shame, language that shriveled the body and spirit.”

Likewise, his poem “The Fairies Are Dancing All Over the World” caught the spirit of the 1960s, a kind of welcoming into the world of outsiders—the poor, the sick, and all who were perceived deviant.

Michael’s papers, published works, and unpublished manuscripts are archived at the Thomas J. Dodd Research Center at the University of Connecticut.

Michael is survived by his brothers George, William, Paul, and David. He is predeceased by his sister Mary and brothers Joseph, Robert, and John. Michael had 27 nieces and nephews, including Patrick, with whom he developed a special bond that began in 1984 when Patrick came out to his parents as a gay man and sought Michael’s wisdom and guidance.

Michael requested that there be no religious ceremony of any kind at his funeral and asked that his funeral be a “joyous and gay occasion and a celebration” of his life. Several such celebrations are being planned in New Jersey, New York, and North Carolina. Details will be forthcoming and shared with family and friends.

Burial of Michael’s remains will occur after the conclusion of the celebrations, at Oak Hill Cemetery in Nyack, New York.

Memorial contributions may be made to the Black Mountain College Museum and Arts Center at www.blackmountaincollege.org/support or BMCM+AC, 120 College St., Asheville, NC 28801.

To send flowers to the family or plant a tree in memory of Michael Rumaker, Jr., please visit Tribute Store

Share Your Memory of
Michael
Upload Your Memory View All Memories
Be the first to upload a memory!
Share A Memory
Send Flowers