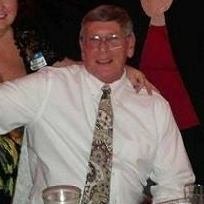 Edward Phillip Collins, a 30 year resident of Minnesota and recently West Deptford, New Jersey, passed away on Saturday, April 13, 2019.  He was 67.

After high school graduation he enlisted the Marine Corps in June of 1969 where he was stationed at several bases including California, Japan, and Hawaii where he was a helicopter mechanic. He was honorably discharged July 1973 while stationed in Hawaii.

Eddie enjoyed sports, fishing, puzzles, building model ships, and spending time with friends and family. Some of his best times with friends were with his longtime friends from school Angelo, and Joni.

There will be a Celebration of Life gathering on Friday April 19th starting at 6:00PM at Riverwinds Restaurant 1000 RiverWinds Drive. West Deptford, NJ 08086.