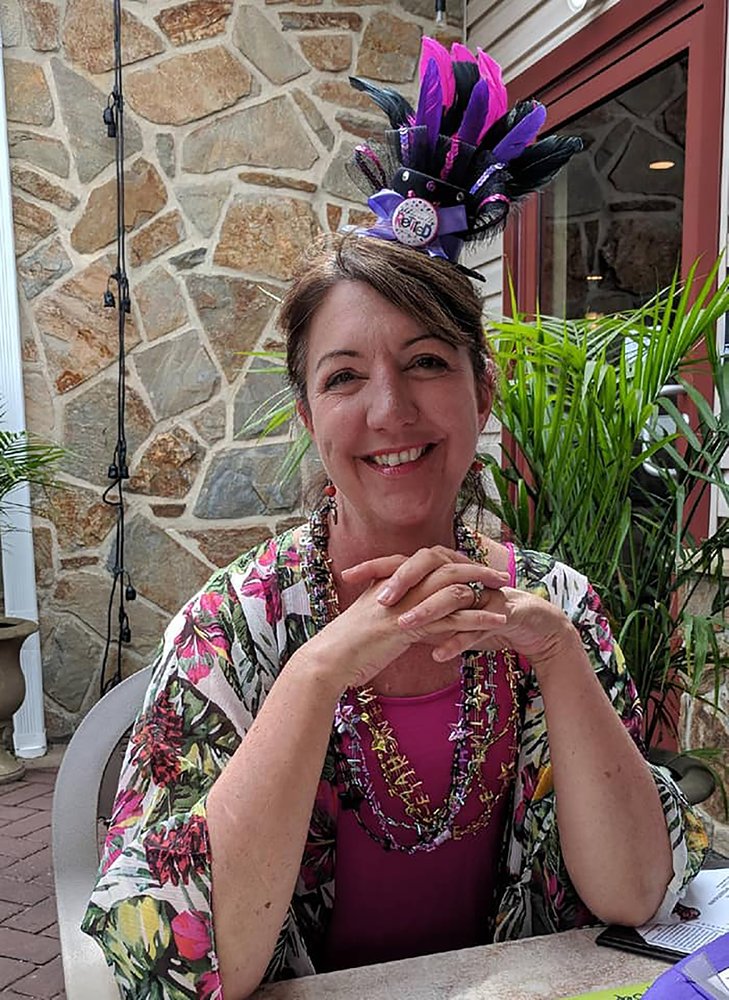 Jennifer Louise (Pillsbury) O’Keefe, of Wenonah, NJ, passed away Friday, April 5th, 2019. She touched many lives in her 54 years. Jen was many things to many people – wife, mother, daughter, sister, friend, and teacher. But her favorite thing was being the life of the party and she made one wherever she went. She spread joy, laughter and light to everyone she met.

She was born under a special star in Bethlehem, PA where she was the much-loved baby of the family. Her summers were spent growing up on Beaver Lake in New Hampshire with her friends and family, enjoying the sun and water. She graduated from Freedom High School in 1982 and went on to excel at Beaver College in the class of 1986.

From an early age, Jen (also known as Mrs. Strode) was called to be a teacher, and in 1988 she began her 29-year teaching career. She spent the majority of those years teaching at Parkview Elementary School and in the Swedesboro Woolwich School District. In 2004, she was recognized for her hard work and dedication with the Teacher of the Year Award.

She met her soulmate, Michael, in 1996 and that’s where the love story begins. They got married on the Fourth of July in 1999 and truly enjoyed building a family and life together in Wenonah, NJ where they raised their children and made lifelong friends.

Always a lover of life, Jen never passed up a chance for adventure. She loved to travel and could often be found on the beach with a tropical drink in hand. She also cherished the everyday joys of life like gardening in the springtime, late-night chats with friends, early-weekend mornings with her soccer family (rain or shine), cuddling with her cats, chocolate, coffee, coffee and more coffee.

Jen descended from a long line of storytellers and she was no exception. She could capture a room with her vivacious spirit and strangers quickly became friends. The impact she made on everyone she met was profound and she will never be forgotten.  Her legacy will live on through those she left behind. We are all better for having known her and she will be in our hearts forever.

She was predeceased by her parents, Warren and Jean Ellen Pillsbury and father-in-law Michael J. O’Keefe, Sr.

Jen will be forever celebrating summer at the lake in Derry, New Hampshire where she will be interred.

In lieu of flowers, please make a donation in her memory to DonorsChoose.org/JenniferOKeefe  to support a local classroom or to the American Cancer Society.

A celebration of Jennifer's life will be held on;