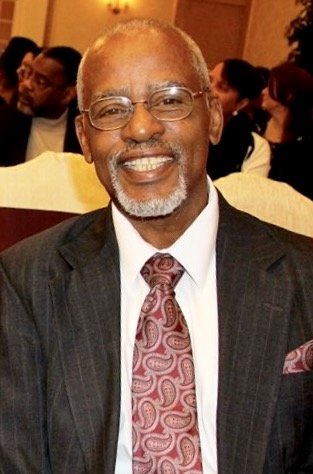 Robert "Bob" Broughton, age 74, passed away on Friday morning, March 15, 2019 at his home in Clayton N.J. Bob was born in Philadelphia, P.A. to Horace L. Broughton Sr. and Mary Mitchell on September 23, 1944. After graduating from Dobbins Technical High School, Bob joined the Navy and proudly served his country from 1964 to 1970. During that time, he married his first wife, the late Celeste Arties, and had 2 amazing children; Robin Broughton (Smith) and Steven Broughton. Bob later married his second wife, Marla Broughton, in 1976 whom he remained married to for 35 years until her passing in 2011. Bob and Marla had 3 amazing children;  Marc Broughton, Sheronne Broughton (Robinson) and Bryan Broughton. Bob began working for Gloucester County as a community planner in 1983 and proudly retired from that position in 2010. Bob was able to find love again, and was married to his third wife, Robin Diane Wilson-Broughton,  in 2013. Bob was also thrilled to expand his family with the addition of his step-children Stephanie Carter-Thompson, Willie Thompson, Jr. and the late Willie Jackson. Bob was greatly loved and respected by almost everyone he came into contact with and will be greatly missed by his family and community alike. Bob is survived by his wife Robin Diane, his brother Horace Broughton, Jr., his daughters Robin Broughton-Smith(Ronald, Jr.) & Sheronne Robinson (Mike), his sons Steven, Marc & Bryan, his 12 grandchildren and 5 great grandchildren. A memorial service will be held Friday March 22nd at Holy Trinity Episcopal Church in Wenonah, N.J. Visitation starts at 11am with the service following at 12 noon. In lieu of flowers, the family requests donations to be made to Holy Trinity Episcopal Church in Wenonah, N.J., in Bob's memory.