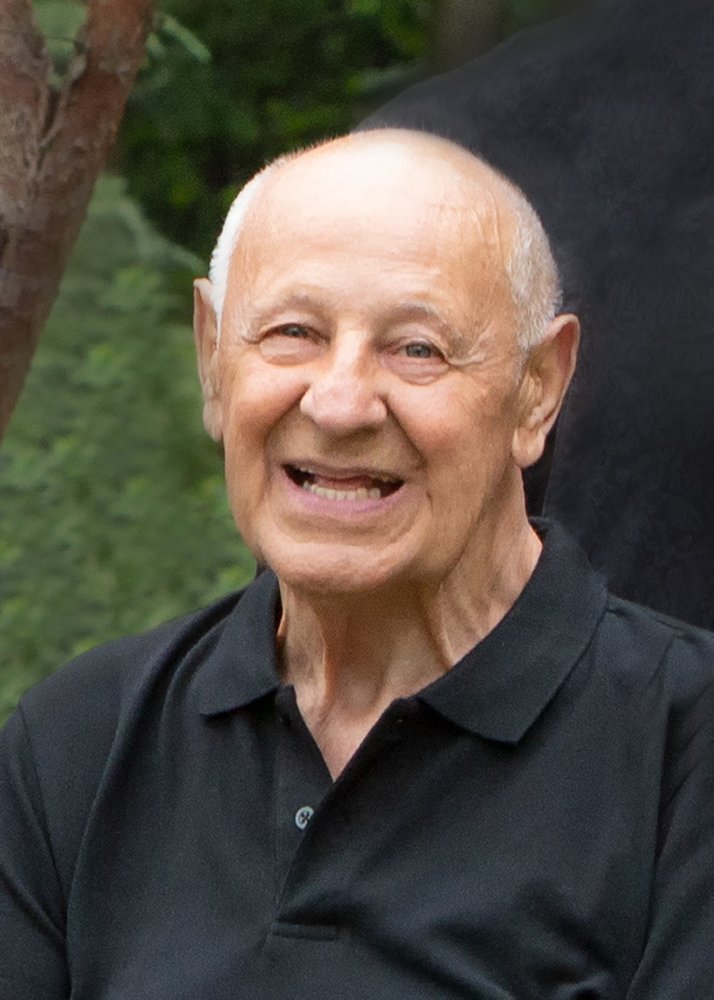 Arnold A. M. Shannon, 83, of West Deptford, New Jersey, passed away on Saturday, January 5, 2019, surrounded by his loving family.

A generous and easy going gentleman, Arnold was devoted to his family and friends. He was a constant in their life and was always there for them. He was the life of the party and he knew how to tell a joke or story to keep one’s attention. Some of his funniest moments were when Arnold wasn’t trying to be funny. “The man, the myth, the legend”…this is how Arnold was remembered by his family and friends.

Born in Moline, Illinois, Arnold was a Linesmen working under the 109 Local Electrical Union. He then took a job as a Master electrician for the Philadelphia Naval Yard and has resided in West Deptford ever since. He was a proud Army Veteran serving from 1955 – 1958 as a Paratrooper and Message Center Chief; He liked to tell his family and friends that he was "pushed" 24 times out of the plane. He retired from I.E. Dupont and was owner and operator of Shannon Electric where his motto was “We do it without Shorts.” He was an active member of the West Deptford community as a member of the Lions club, Kiwanis Club and also a Mason. He was an elder at the First Presbyterian Church of Woodbury Heights and taught Sunday School there. Arnold was well respected as a huge part of the West Deptford Little League, he coached baseball and softball for over 30 years and also served as President of the Little League Baseball. He coached Midget football and also started the 65 pound West Deptford Bulldog Football league. His commitment to the sports community was also shared with West Deptford High School where he served as a sports Statistician for the Wrestling team. He was a referee for football throughout South Jersey. After retirement Arnie worked for West Deptford Board of Education as an aide at the High School. Taking on a bit of the arts, he often volunteered for the sets of the West Deptford Little Theater and backstage crew. He volunteered as a Co-Captain for building Field of Dreams with his electrical expertise. He served several years for Indian Guides and Princesses as Chief as well.

Folks would often ask if Arnold was the mayor of West Deptford because of all of the people that he knew. One of his favorite roles was playing Santa Claus. At one of these events, Arnold realized that a little girl was deaf and he wanted to communicate with her so badly that he learned sign language by the next year so that he would be able to interact with this child and others as Santa Claus. What a wonderful gift for these children…what a selfless act on Arnold’s part. That is just the way he was. Every Christmas Eve, Arnold would recite, “Twas the Night Before Christmas”, by heart, and at the end he would change the reindeers names to get giggles from his grandchildren and great grandchildren. Above all else, Arnold was a devoted husband, loving father, cherished grandfather and great grandfather and dear brother, uncle and friend.