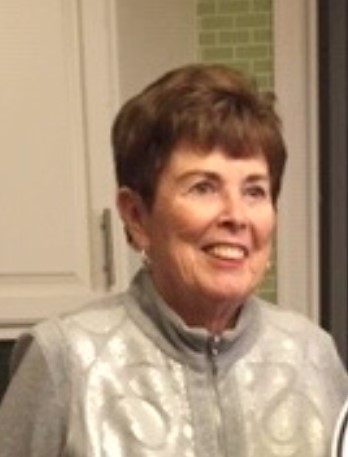 Frances Denihan (nee Finley) died peacefully at her home surrounded by her family on Friday, January 4, 2019, just 9 days shy of her 78th birthday.
Fran was the beloved wife of 57 years to Frank Denihan who knew that she was “the one” when he spotted her at a dance when she was just 16 years old.
Born in Philadelphia, she was the daughter of the late Francis and Catherine Mergen Finley, sister of the late John Finley (late Saranna) and sister-in-law to Timothy Denihan (Anne).
Some of Fran’s happiest days were spent with her family in the Poconos where she enjoyed talking on the deck, letting her grandchildren take over her social media and dancing with Frank at Baby Boomers club .  Fran also enjoyed spending time with her friends within the Wedgewood Women’s Club, “Curves” group and her “Sorority” who initially met when they were in high school.  After spending most of her career as an office manager in manufacturing, she then spent the last few years devoting her time to St. Charles Borremeo parish.  Above all, Fran cherished her family and innumerable memories that will remain in the hearts and minds of her husband, children, grandchildren, great-grandchildren and friends.
In addition to her beloved husband Frank, Fran is survived by her loving and devoted children: Diane Fox and her husband Dan, Kevin Denihan and his wife Stephanie, and Susan O’Leary and her significant other Christopher Leavy.  She is also survived by her grandchildren and great-grandchildren: Sean, Megan, Brian, Hilary, Chloe, Madison, Kaleigh, Avery, Sophia, Summer and Lillian.
Fran’s family will receive friends on Wednesday morning, January 9, 2019, from 9:00 to 11:00am in St. Charles Borromeo Church at 176 Stage Coach Road, Sicklerville, NJ.  Her Funeral Mass will begin promptly at 11:15 am. Interment will be private at a later date.
In lieu of flowers, contributions in her memory may be made to the Nan Foundation at 350 Claire Road, Southampton, PA 18966
share the memories … share love … ShareLife® at www.mcgfuneral.com