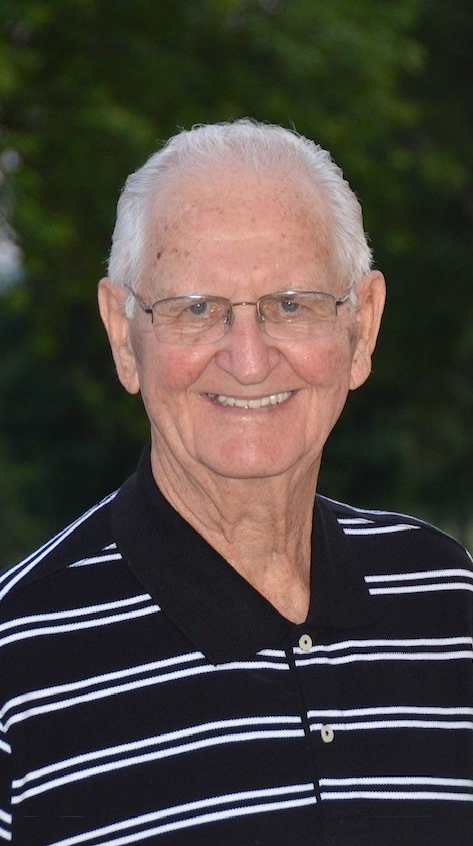 Make Donation
Share this Tribute:
Share Obituary:
Share Your Memory of
Francis J.
Upload Your Memory View All Memories
Be the first to upload a memory!

Francis J. Wiseley, at the age of 88, died peacefully on December 13, 2018 while surrounded by his loving and adoring family. By his side in life, and at the time of his death, was his best friend, and wife of 58 years, Marguerite, and the joys of his life, his children: Frank, Michael, Bill, Colleen and Lori Ann. Wives and husbands Meg, Krista, Mark, Dave, and Greg were blessed to know and love him, as were his 12 grandchildren: Frankie (Gianna), Alyse (Dana), Patricia (Joe), Matt, Ryan, Michael, Beth, Christian, Audrey, Quinn, Gregory & Declan.

We are comforted to know that his mother Catherine, father Joseph, sisters Mary and Jane (Jenny), and brothers Leo, Phillip, Peter and John, and the many other departed family and friends were at the heavenly gates waiting to welcome Frank to his new place of peace and comfort.

Frank grew up in South Philadelphia, graduating from Saint Anthony of Padua and South East Catholic. Military Service was a big part of Frank’s life and called him after high school when he enlisted in the U.S. Army, spending four years abroad in Japan, Korea and the Philippines and then Frank re-enlisted in the U.S. Air Force, spending another four years serving his country. Frank often sent home his military pay to his parents stateside and lived off the ingenuity of a serviceman. It was here Frank developed his love of country, family and his keen card playing skills. His pride of service led to a life-long commitment to the brotherhood he shared in the Military to the Catholic War Veterans, Men of Malvern, Knights of Columbus, American Red Cross, and so many more organizations where he received multiple accolades, and later to the Catholic Church and the neighbors at Parke Place.

Returning to South Philadelphia, he found his sweetheart, Marguerite, where they shared a love to be envied. Together, they migrated to the suburbs of Southwest Philadelphia to raise their five children. Saint Barnabas parish immediately became extended family with many, many friends and neighbors over the years, a true extension of his South Philadelphia heritage. Some activities included ushering mass, serving as a Eucharistic Minister, parent monitoring activities,

Carnival operations, Master Bingo Caller, and athletics. In addition, West Catholic allowed him to further serve his community and his family. Volunteering at games and activities and cherishing every Wednesday night meeting of the West Catholic Father’s Club. He supported everything Blue & White!

His love of Philadelphia, and particularly athletics, he instilled in his children and grandchildren, began at birth in the South Philadelphia playgrounds and continued to grow throughout his life. He greatly appreciated sharing the excitement of the Phillies, Super Bowl Champion Eagles, a 20+ year season ticket holder, the Mummer’s Parade, and any game at the Palestra with family and friends that he met along the way!

He worked for 35 years for General Electric and later retired to an usher, ticket taker and ‘official greeter’ at his Philadelphia Phillies, where he also ran the 13-run pool for many years! His retirement involved spending time at home and travelling with his family and 12 grandchildren, often going with them to Atlantic City, beaching in the Wildwoods, cruising, and visiting his distant family throughout Europe.

Supporting his family was a huge part of his 88 years, following all college sports and specifically his grandchildren’s’ activities whom he followed religiously. He was particularly active in attending as many games as possible, collecting the newspaper articles involving his children, grandchildren, as well as the relatives of Southwest Philadelphia friends.

Frank was a devoted man to God and to his family. He was a steward for the church and prayed faithfully every day. Besides finding a piece of candy in his pockets, coats, car, night-stand (yes, next to his bed), and other interesting places, you would also find religious memorabilia. Frank’s guiding force was the Sacred Heart of Jesus. The Sacred Heart symbolizes extraordinary devotion, a sense of nurturing and the promotion of Jesus. Frank possessed all these characteristics and so much more. Frank was a quiet, kind soul, who was grateful for all he achieved in his life and happy to share it with family, friends and the church. We are confident to believe Frank is offering Jesus a piece of candy as he reads this salute to his life.

Frank’s love for the Lord and family will never be forgotten – he was our hero and patriarch. For his smile, his sense of humor and laugh, his love for life, and his sweet, sweet ways–we are forever blessed! Those who were lucky enough to cross paths with him, were changed for the better. Frank’s family is honored and grateful to continue his legacy of devotion to God and family as he continues his journey to his final resting place. Relatives and friends are invited to share in a Celebration of Frank’s Life with a viewing on Tuesday December 18, 2018 from 630 – 9 P.M., and Wednesday December 19, 2018 from 830 – 930 A.M. at the McGuinness Funeral Home 573 Egg Harbor Road, Sewell (Washington Township), NJ 08080. Mass of Christian Burial 1030 A.M. at The Church of the Holy Family 226 Hurffville Road, Washington Township, NJ 08080. Interment and Military Honors will follow at Gloucester County Veteran Memorial Cemetery, 240 South Tuckahoe Road, Williamstown, NJ.