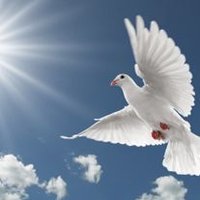 Robert will be remembered to those who knew him as a happy-go-lucky, fun loving man.  He was known to be calm, cool, and collected at all times which brought peace to his wife and those around him.  Robert was hard working in all that he did, from his career as an Accountant to tasks at home.

Robert proudly served for the United States Air Force.  After 4 years of service, Robert attended Drexel University where he obtained a Bachelor’s Degree in Electrical Engineering.

He is the beloved husband to Elizabeth Davis-Weir, devoted father to Heather Weir and Kim Santangelo (Michael); dear brother to Meg Weir-Frick (Dr. Howard Frick) and John Weir (Carol); loving grandfather to Natalie and Michael.  Robert is also survived by many other family, friends and business clients.  Predeceased in death are his parents, Robert and Roberta Weir and his son Richard "Ricky" Davis.

Relatives and friends are invited to attend his visitation at 9:00AM in the McGuinness Funeral Home - Washington Township, 573 Egg Harbor Road. Funeral Service for Robert will be held at the funeral home at 11:00AM with Interment to follow at The Westminster Cemetery in Bala Cynwyd, Pennsylvania.